A few years ago Google added a notification center to its Chrome browser for desktop and laptop computers. Tap an icon and you can see the latest notifications all in one place.

Apparently people didn’t really click that button all that often though, because Google has decided to remove the notification center from the next version of Chrome for Windows, OS X, and Linux. It’ll still be part of Chrome OS. 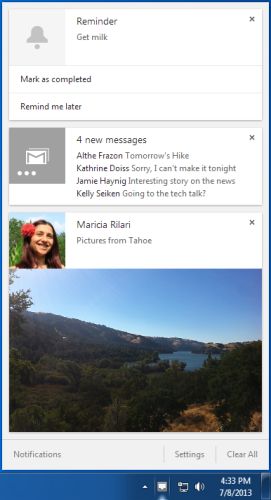 In a blog post, Google notes that “in practice, few users visit the notification center.” In other words, the company doesn’t want to waste resources maintaining a feature nobody uses… although that’s kind of the same argument that Google gives when it kills project that have a small but loyal user base (RIP Google Reader).

Theoretically, the notification center is not a bad idea: it provides a way to see notifications from web apps including Gmail, Google Calendar, Hangouts, Google Now, and third-party Chrome apps.

But I’ll admit, I keep forgetting that Chrome has a notification center though, what about you?