Among other things, that means you can now get an 11.6 inch or 13.3 inch Dell Inspiron convertible notebook with a Skylake chip, which should offer improved graphics, longer battery life, and slightly better CPU performance. 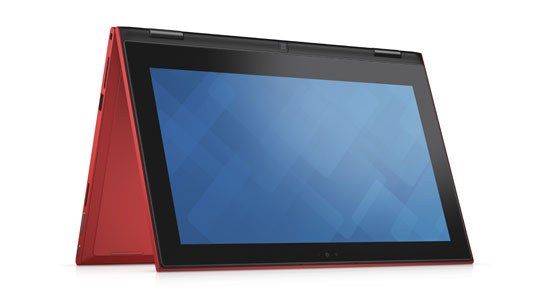 To get a Skylake model you’ll want to opt for a version that sells for $600 or more to get an 11.6 inch notebook with a screen that folds back 360 degrees for use in tablet mode, a Core i3-6100U processor, and a 128GB solid state drive. 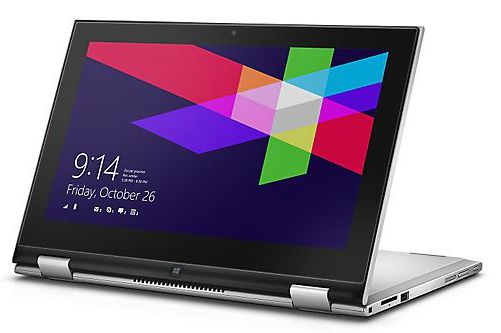 These 13 inch convertibles are priced at about $500 and up. Unlike the 11.6 inch models, all of Dell’s new Inspiron 13 7000 Series notebooks feature Skylake chips, although the entry-level model has a Pentium Skylake chip. Pay a little more and you can get a model with a Core i3-6100U or Core i5-6200U processor.

These notebooks measure about 0.75 inches thick and weigh about 3.7 pounds. They’re powered by 43 Whr batteries, and for some reason Dell says you should only expect up to 6 hours of battery life — or a little over half of what you’d get from the 11.6 inch models.

This convertible laptop is about the same size as the normal Inspiron 13 7000 Series, but it’s available with more powerful hardware and features a more premium design. 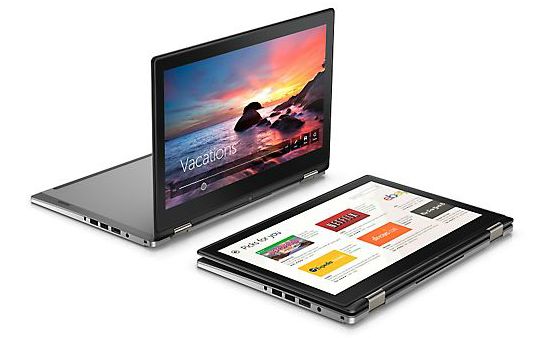 I’m still confused as to why the non-special version of the laptop has an estimated battery life that’s 3 hours shorter.