There’s no shortage of games to play on your smartphone, but sometimes it’s nice to play on a bigger screen. AirConsole makes it easy to do that while using your phone.

Airconsole is a browser-based, multi-player game platform that lets you fire up a web browser on your desktop or notebook, quickly connect your smartphone and use your mobile device as a remote control. 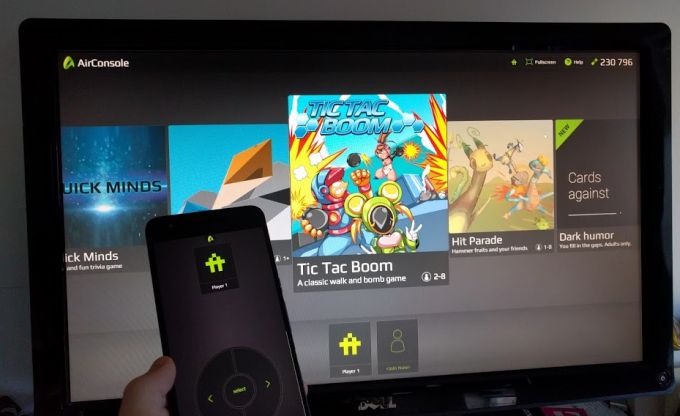 Here’s how it works: visit AirConsole.com in a web browser and hit the big power button in the center of the screen. The website will give you a code number.

Then visit the same website in a web browser on your phone or tablet, enter the code and you’ll be able to use your mobile device as a game controller. Do the same thing on a second device, and it will join the party as player number 2.

I’ve tested AirConsole on an iPod touch running Safari and a Google Nexus 6P running Chrome, and both work well. Try to use Firefox for Android, though, and you’ll get a message telling you to use Chrome. You can also download a mobile app, but it’s entirely optional. 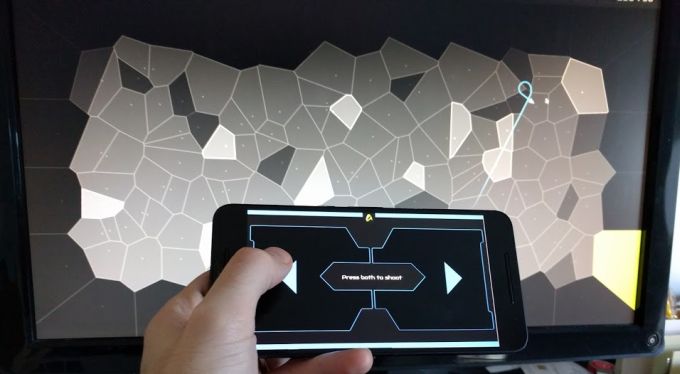 There are only a handful of games so far, but they cover a range of styles, including Poker, Cards against Humanity, a trivia game, a racing game (of sorts), and perhaps most impressively, a Nintendo emulator. You can use a handful of homebrew ROMs or drag and drop your own ROMs into a browser window to start a classic NES gaming session.

While there may be a little latency between button presses on your phone and actions on the PC, for the most part I’ve found that the simple games offered by AirConsole work pretty well. The only real problem is that there’s no tactile feedback from your phone to let you tell one button from another when you’re looking at your TV or monitor rather than at your phone.