Google Cardboard is a project that can turn just about any recent iPhone or Android phone into a virtual reality device. Just follow Google’s instructions for assembling a VR headset from a piece of cardboard and insert your phone to use it as the brains and screen of the system… or buy a pre-made kit. There are plenty available for around $5 – $30.

But what’s a Windows phone user to do? Microsoft may have an answer for that. 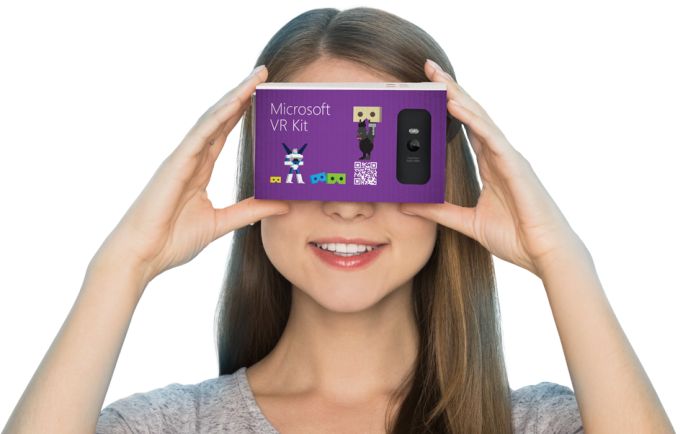 The website for an upcoming hackathon in Russia highlights something called the Microsoft VR Kit, a Cardboard-like device that turns a Lumia smartphone into virtual reality headset.

The idea is to get developers to create virtual reality apps and games for phones running Windows. There’s not much information about the VR Kit itself, the website mentions tools and code templates for creating VR apps and participants in the hackathon will be able to attend educational lectures, bounce ideas off one another, and meet with folks from Microsoft, so it does seem like the VR Kit is something that’s officially sanctioned by Microsoft.

The Microsoft VR Kit seems to have a cut-out for the camera, suggesting that the company envisions VR apps that can take advantage of the camera to snap photos, videos, or perhaps create augmented-reality situtations  where virtual objects are overlaid on real-world environments captured with a smartphone camera.