Toshiba was one of the first companies to launch a Windows laptop with a WQHD display. Now Toshiba’s going a step further with the first 12.5 inch convertible notebook featuring a 4K display.

Toshiba says the Satellite Radius 12 will be available in the US in the fourth quarter of 2015. 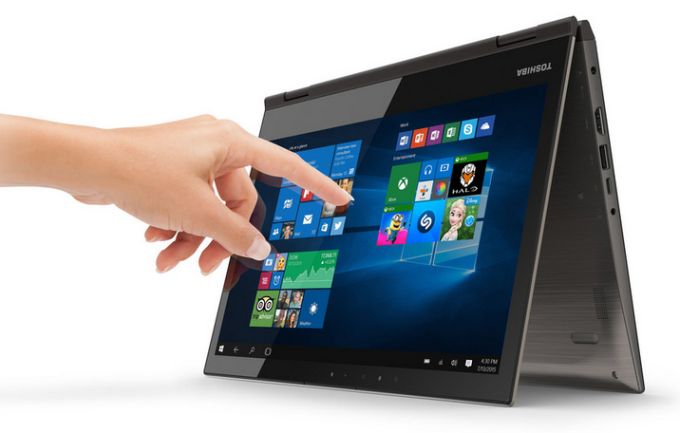 The convertible has a touchscreen display that can be folded back 360 degrees until it’s back-to-back with the keyboard, allowing you to hold the notebook like a tablet.

Other features include a USB Type-C port, two full-sized USB ports, an HDMI port, and a headset jack. The convertible laptop has a Gorilla Glass NBT scratch-resistant screen and an LE dbacklit keyboard.