Apple’s iOS 9 is now available for iPhone, iPad, and iPod touch, and it brings a lot of new features… even if some of them may seem like old hat to Android users.

But there are some features that stand out, either because they’re truly new or because they could change the way we all interact with technology. Support for multitasking with split screen apps is one. Another is Apple’s Proactive feature, which attempt to anticipate your needs by presenting suggestions before you even ask for them.

Here are three more iOS 9 features that we think are pretty awesome. 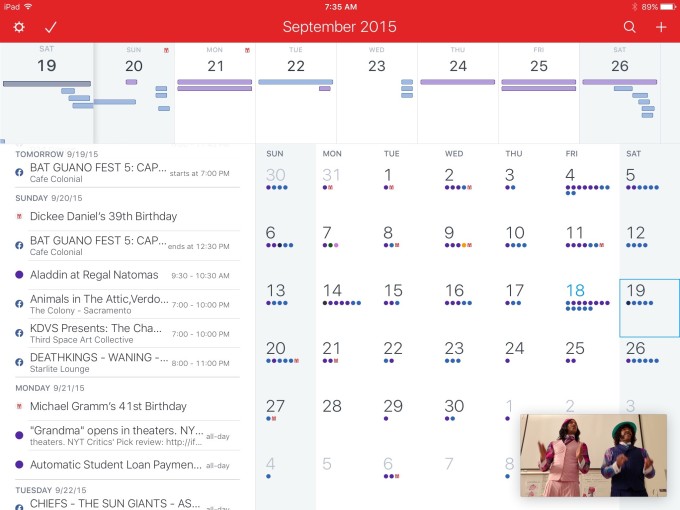 While watching movie on Hulu, a play-by-play in MLB at Bat, a video clip in Pocket or a TV show in BBC iPlayer, iPad owners can minimize the playback screen and continue using their tablet. The window shrinks down to about 4″ x 2″and sits in the corner of the screen. You can access any and all other apps, including games, while the video player continues along its merry way.

You can also toss the floating window into any of the four corners to get it out of the way. And, if the video is still blocking something else you want to work on, you can pinch it to shrink it down even further to about 2″ x 1″.

So far, picture-in-picture is only compatible with the above-mentioned third-party apps and Apple’s native video player (it doesn’t even work with Netflix yet). However, it is just a matter of time before devs realize the usefulness of this feature and add support in their own player windows.

Note that some Android phones have had similar features, but it’s not exactly standard. 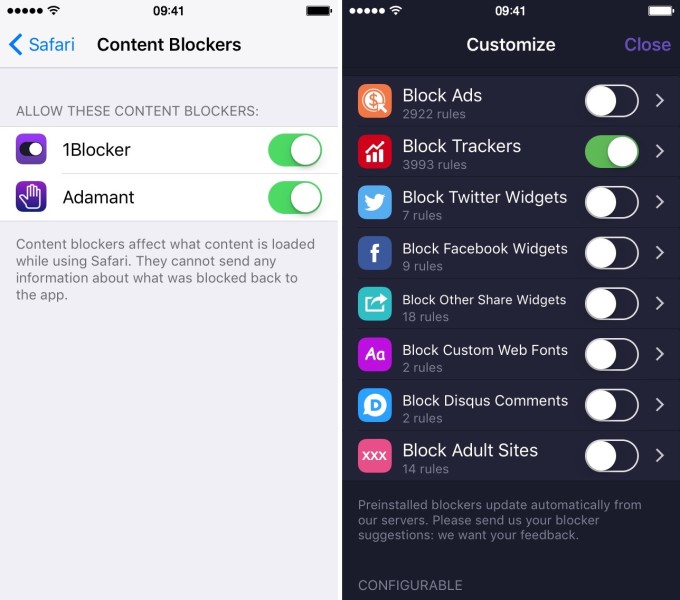 Apple added support for content blocking in Safari Extensions. Developers can create extensions that allow users to block cookies, images, resources, pop-ups, and other content while browsing in the iOS native web browser, Mobile Safari. These third-party extensions make it possible for users to block content that can cause slow loading in Safari. Well-made apps will provide customizable blocking structures that make it possible to filter out certain content while allowing others.

Some web publishers are a bit hot under the collar over Apple’s support for content blockers because one of the major options is the ability to block advertisements that appear on sites. Advertising is the main source of revenue for many websites (including this one) so making it easier to use ad-blockers on mobile devices could affect a site’s ability to continue existing at all.

However, these content blockers do more than just hide advertisements, and some will allow you to load ads, even while blocking other CPU-stressing content. They also allow users more control over their privacy with cookie and tracking blockers, which stop most programs from being able to gather data about your browsing activities.

While there are some ways to block ads on Android devices, you can’t use an ad-blocker with Chrome for Android, since the browser doesn’t support extensions. 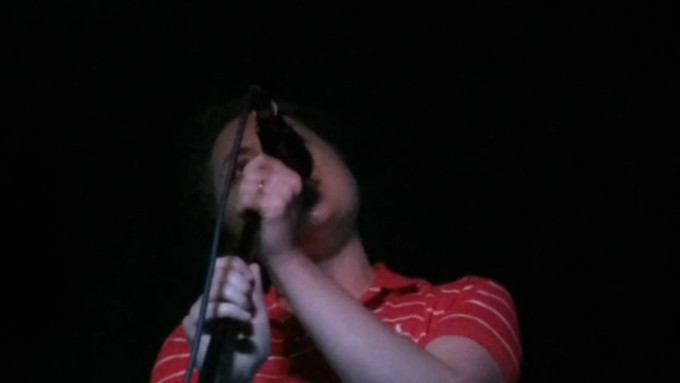 In iOS 9, users can now pinch to zoom in on videos they’ve recorded on their iPhone or iPad. We’re not talking about zooming in while recording, but after the fact, in playback. It doesn’t permanently edit the video or anything. It simply allows you to get closer to an object in the video. For example, if you are filming your family at Disneyland and later notice that Brad Pitt is walking across the screen in the background, you can zoom in to prove to your friends that it was really him.

It doesn’t just zoom into a stationary position either. You can pan around by dragging your finger on the screen to the new location.

These are not the only new features in iOS 9, but they are the coolest ones. We also have been disappointed with a few features with Apple’s new mobile operating system that didn’t pass muster, in our opinion, but that is a story for another time.