HTC is expected to launch a new smartphone with upper mid-range specs before the end of the year. It’s a 5 inch phone called the HTC One A9, and while the company hasn’t made any official announcements, a series of leaks have provided plenty of clues about what to expect.

Some of those clues suggested the phone would look nearly identical to Apple’s iPhone 6, and now Evan Blass has shared a set of pictures which make it pretty clear that the A9 has a very iPhone-like design. 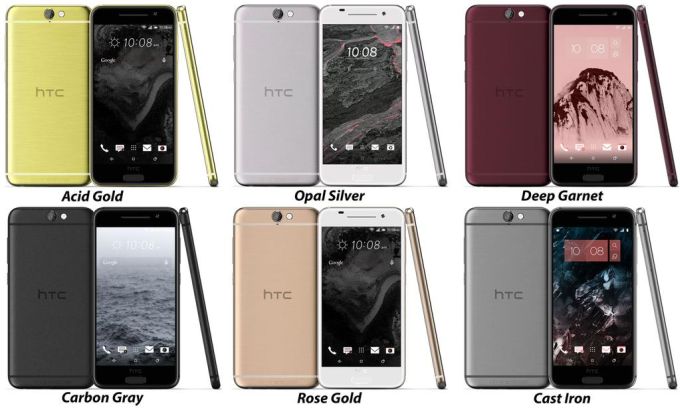 To be fair, the new design isn’t a huge departure from earlier HTC phones. The HTC One M7, M, and M9 all had metal backs with bands across the top and bottom.

But the shape and layout of the HTC One A9 makes the new phone look almost exactly like Apple’s last few phones. The only major differences are that HTC put the camera in the center, while Apple has it off to one side and that HTC uses its own logo instead of Apple’s.

The phone is expected to feature a 1080p AMOLED display, a Qualcomm Snapdragon 617 processor, 2GB of RAM, 16GB of storage, a 2,150 mAh battery, a fingerprint scanner, microSD card, and a 13MP rear camera and 4MP UltraPixel front camera.

5 replies on “The upcoming HTC One A9 looks familiar…”