Sony’s latest Z-series smartphones may be powered by Qualcomm Snapdragon 810 processors, but the company is taking a different approach with the Xperia M5. The phone features a MediaTek Helio X10 octa-core chip. 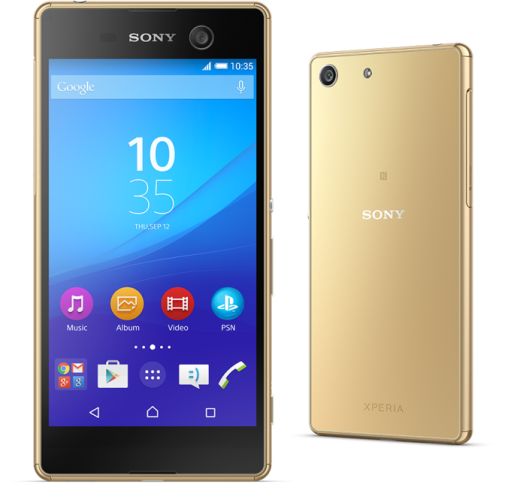 Other features include a 2600 mAh battery, support for 4G LTE, 802.11b/g/n WiFi, Bluetooth 4.1, and Android 5.0 Lollipop software. The phone has a waterproof design… although Sony has stopped telling people that it’s safe to actually use its phones underwater.

There’es also a dual SIM version of the Xperia M5.

The Helio X10 chip features 8 ARM Cortex-A53 processor cores and PowerVR G6200 graphics. It’s one of the most powerful chips to date from Taiwanese chip maker MediaTek, whose processors have been popular with Chinese phone and tablet companies in recent years. Now the company’s products are starting to gain popularity outside of Asia as well.

The Sony Xperia M5 Dual has already been launched in India, where it will sell for about $570. There’s no word on if or when the phone will be available in other regions.