Sony has been offering smartphones with waterproof and dustproof bodies for a few years, even going so far as to release promotional pictures and videos showing how you could take the phone swimming and snap photos underwater.

But as XperiaBlog notes, Sony seems to have had a change of heart recently… because now the company’s website suggests that you shouldn’t actually use Sony’s waterproof phones underwater. 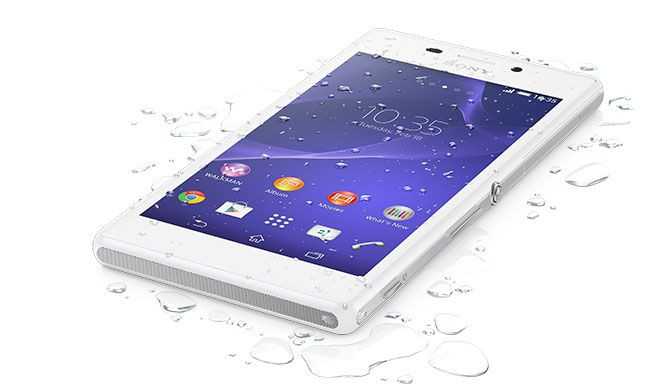 Sony says you can take photos and shoot videos “in wet surroundings,” but that you should “remember not to use the device underwater.”

Why the change? There may be another clue at Sony’s updated support page. The company says it tests its phone by placing them “gently inside a container filled with tap water” and leaves them submerged in 1.5 meters of water for a half hour. Then it removes them… again “gently.”

In other words, the phones can be used underwater… but if you’re not gentle, there’s a chance you could break something and Sony doesn’t want to be held responsible.

That said, I don’t know how many people were planning to use their phones for underwater photography. I think the primary appeal of a waterproof phone is probably that you can use it in the rain, leave it lying around in the kitchen where it might get splashed with water, or even check your email in the bathtub without worrying about what will happen if you accidentally let the phone fall into the water.

Still, it’s a bit odd that the same company that released the promotional picture below is now saying you shouldn’t use its Xperia Z series phones and other waterproof devices underwater.