The Samsung Gear S2 is the first smartwatch running Samsung’s Tizen-based operating system that can be paired with non-Samsung smartphones. The watch can work with most phones running Android 4.4 or later as long as they have 1.5GB of RAM or more.

But Samsung might not be stopping there. A spokesperson for the company tells Digital Spy that the Gear S2 may eventually support iPhones as well. 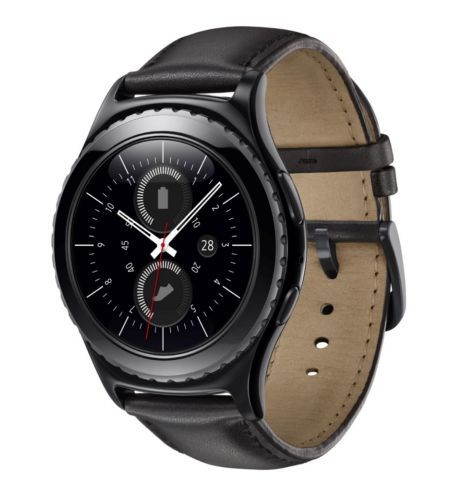 Up until now, all of Samsung’s Tizen-based wearables were designed only to work with Samsung phones. That limits the number of people who might  be able to make use of watches like the Samsung Gear 2 or Gear 2 Neo smartwatches — and since the market for smartwatches is much smaller than the market for smartphones, it makes sense to try to make devices that appeal to the widest number of users possible.

Samsung is hardly the first company to go cross-platform. Some existing smart wearables like the Pebble smartwatch family already support both iOS and Android. And Google recently added limited support for iOS to its Android Wear software, which means that devices like the Huawei Watch can display iPhone notifications.

Apple, meanwhile, currently seems to have no plans to add support for Android to its Apple Watch platform… but I wouldn’t rule out the possibility that it could happen one day. We’re living in a cross-platform world: Microsoft offers a bunch of apps for Android and iOS, Google has long offered iOS versions of its most popular apps and services, BlackBerry is going to start offering Android-powered phones soon, and Apple even plans to release its first Android app this year with the launch of Apple Music for Android.

As for the Samsung Gear S2, there’s no time frame for when we should expect to see iOS support for the watch… or if it’ll happen at all. For now, the company is just saying that it’s looking into adding support for iPhones.