Samsung has released more than a half dozen smartwatches in the past year and a half, but there’s been one major sticking point for most of those devices: they only worked with Samsung smartphones.

Now Samsung is opening things up a bit. The company’s recently announced Gear S2 and Gear S2 Classic smartwatches should work with any phone running Android 4.4 or later as long as it has at least 1.5 GB of RAM. 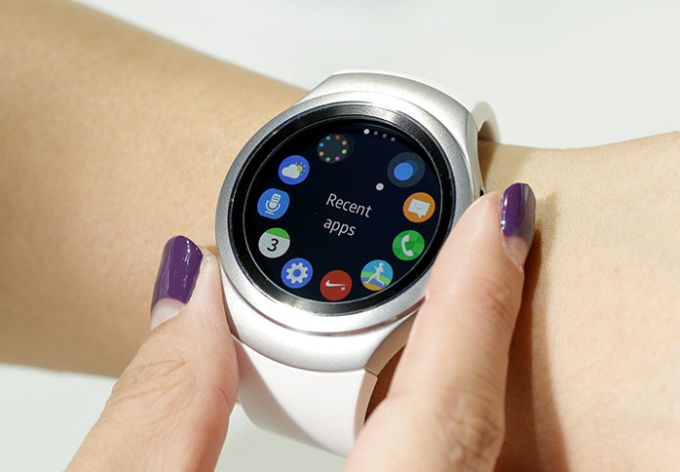 Like earlier watches from Samsung, the Gear S2 series features a Tizen-based operating system, but the new watches have a few new tricks.

Samsung took advantage of the round watch face to implement a new bezel that can rotate. This lets you interact with apps using the touchscreen, but also by rotating the bezel to scroll through lists, choose apps, change your watch face, or make other changes.

Samsung may sell more Android phones than just about any other company, but the fact that most earlier Samsung Gear watches only worked with Samsung devices meant that there was a limited market for those devices. At a time when there are far more smartphone users than there are smartwatch owners, it makes sense to cast a wider net. Whether Samsung’s Tizen platform can manage to catch up to Google’s Android Wear remains to be seen though.

There aren’t as many third-party apps available for Tizen watches as for Android Wear devices, Samsung does say there should be about a thousand watches available for the Gear S2 by the time it launches in October.

While you don’t need to pair the watch with a Samsung phone for most features, you will need a Samsung phone to use the Gear S2 as a mobile payment device. That’s because it uses the Samsung Pay system.