Samsung’s first smartwatch with a round face is coming to America. The Samsung Gear S2 goes on sale Friday, October 2nd for $300 and up.

The watch runs Samsung’s Tizen-based operating system and features a new control mechanism: in addition to touching the display or using the buttons on the side of the watch, you can rotate the bezel around the screen to navigate through lists and menus. 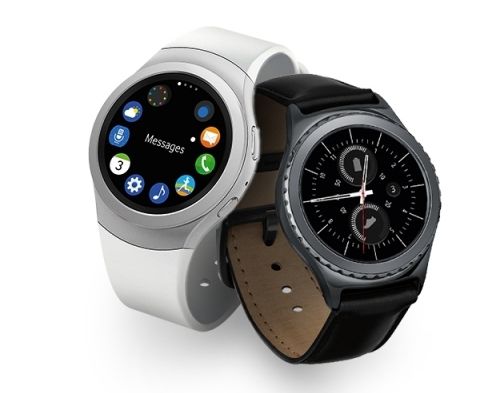 There are two versions of the smartwatch: The Gear S2 is priced at $300 and features a simple design with a gray case and band or a silver case and white band. The $350 Gear S2 Classic has a leather strap and a slightly fancier looking watch case.

Later this fall Samsung will also launch a third model that’s capable of connecting to 3G and 4G cellular networks. It’ll be available from AT&T, T-Mobile, and Verizon. Pricing for that model hasn’t been revealed yet.

All of the watches are designed to work with any smartphone running Android 4.4 or later, unlike earlier Samsung smartwatches which only worked with the company’s own phones.