It’s been a little less than a year since manufacturers started cramming the guts of Windows computers into pocket-sized PC sticks like the MeegoPad T01 and Intel Compute Stick. So far most models have had similar specs, but now we’re starting to see some next-gen models with newer, more powerful hardware. 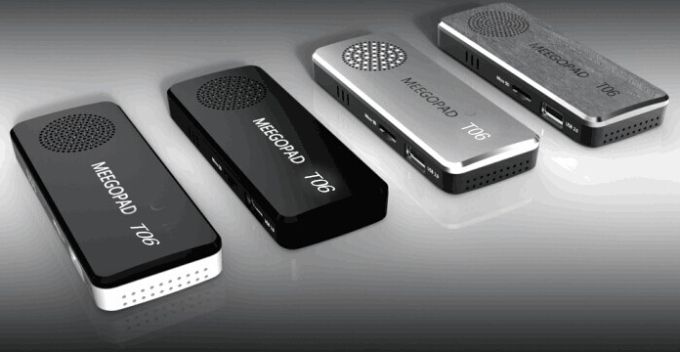 As Ian Morrison notes, it looks like MeegoPad will be one of the first companies to release products… but keep in mind that this is a company that has a habit of shipping products with unlicensed versions of Windows. If you plan to run Linux, that might not be an issue. Otherwise you might want to wait for confirmation that the retail versions of the MeegoPad T05, T06, and T07 actually have valid Windows licenses.

The hardware, on the other hand, looks pretty interesting.

Gearbest and Geekbuying are taking pre-orders for the MeegoPad T07 for about $115.

MeegoPad also offers two more powerful models. Both the MeegoPad T05 and T06 feature Atom z5-8500 Cherry trail chips, 4GB of RAM, up to 64GB of storage, and the same ports found on the T07, with the addition of a USB 3.0 port.

What sets the T06 apart from the T05 seems to be a 300 mAh battery in the T06, which should offer enough juice to keep the system running in the even to of a sudden loss of power (if you accidentally remove the power cable, for example), or while you unplug the PC stick and carry it to another display.

Shenzhen APEC Electronics also has product pages for the APM-D05i and APM-D05F, which have similar physical designs and specs to the MeegoPad PC sticks.

Up until now, most Windows-compatible PC sticks have feature Intel Atom Z3735F Bay Trail processors, up to 2GB of RAM and up to 32GB of storage. We’re expecting to see even more powerful models with Intel Core M chips in the future. But for now, it’s nice to see models with improved specs.