The Raspberry Pi is a tiny desktop computer that sells for about $35… but like most desktops, you need to spend a little more money to actually use the Raspberry Pi since it needs a display, mouse, and keyboard. 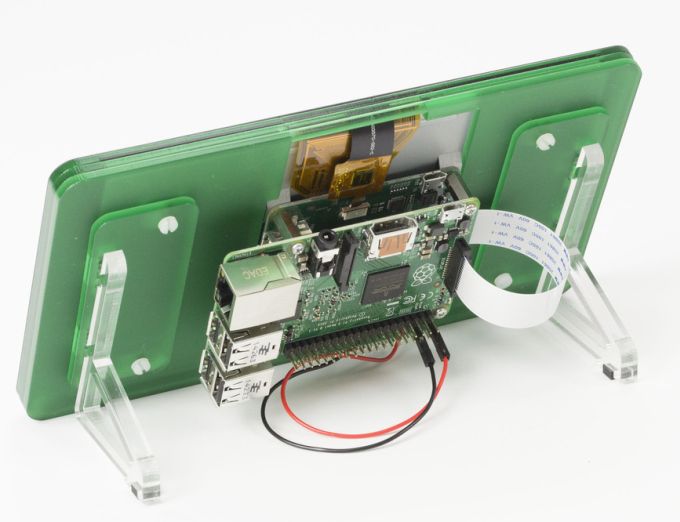 This isn’t the first touchscreen display for the Raspberry Pi, but it is the first that’s officially endorsed by the group that makes the computer.

The screen is a 7 inch, 800 x 480 pixel display with 24-bit color, with support for 10-point capacitive touch input, and a 70 degree viewing angle. The screen is designed to that it can be plugged into the Raspberry Pi display connector, leaving the little computer’s HDMI port free for a second display. 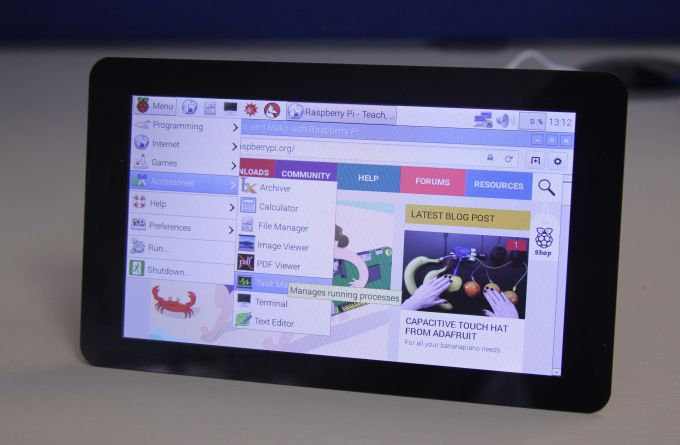 You can also mount the screen to a Raspberry Pi, effectively creating a little all-in-one desktop (or a battery-less tablet). The screen can draw power over a USB cable and you can use a single power source to supply electricity to both the display and the Raspberry Pi.

Raspberry Pi also sells the display with an optional frame with a built-in kickstand.