Want the power of a desktop gaming PC and the portability of a laptop? While NVIDIA and AMD have been offering discrete graphics chips for notebooks for years, up until now they’ve generally been less powerful than desktop graphics cards.

Now NVIDIA is changing things: the company’s most powerful laptop graphics solution to date is identical to its most powerful desktop chip in pretty much most of the ways that matter.

We should start to see gaming laptops with NVIDIA GeForce GTX 980 graphics this year. Just don’t expect them to be cheap… or small. 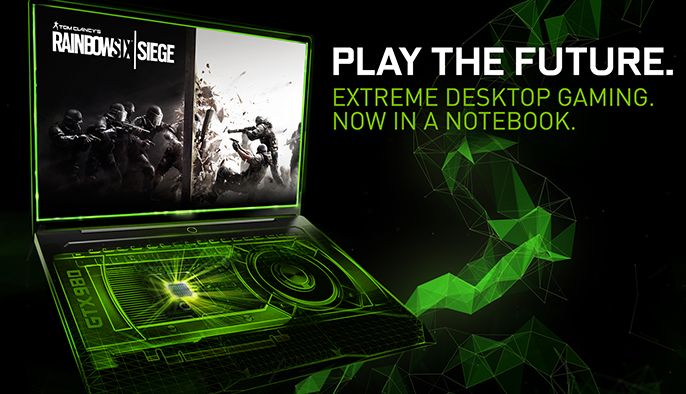 NVIDIA’s GeForce GTX 980 features 2048 graphics cores, support for 7 Gpbs memory, and support for overclocking, in case you want to squeeze even more performance out of the graphics processor.

For the first time, NVIDIA is also providing users with the ability to control the fan, allowing you to adjust the speed to balance noise and performance.

The desktop version of the GTX 980 graphics card has a 165 watt TDP. NVIDIA says the mobile version should be a little lower due to some optimizations. But clearly you’re going to need a fan to help keep things cool and a big battery if you want to get more than a few minutes of run time. So don’t expect to see this graphics processor in thin-and-light ultrabooks anytime soon.

A number of PC makers including MSI, Asus, Aorus, and Clevo have already announced plans to launch notebooks with GeForce GTX 980 graphics… and all of those systems have 17 inch displays.

The Asus GX700VO even has a removable water cooling system that attaches to the back of the laptop. 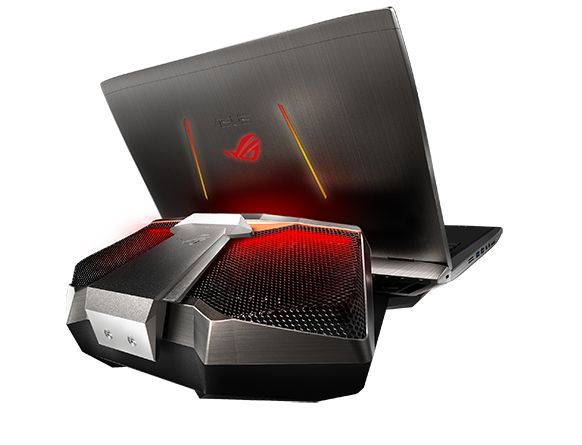 It would probably be cheaper to buy a gaming desktop than any of these notebooks, but it’s a lot harder to move a desktop from one room to another or carry it with you when you leave the house.

These new laptops could make decent desktop replacements though: among other things, NVIDIA says systems with GTX 980 graphics should be able to support gaming across 3 full HD displays. The company says laptops with the new GPU will also be the first with the recommended specifications for Oculus Rift virtual reality applications.