As expected, Motorola is updating its smartwatch lineup, and as expected, there are three new models: A Moto 360 with a large display and thick wrist strap, a smaller model, and a Moto 360 Sport.

Pre-orders for the new Moto 360 open today, and the watches should begin shipping later this month. Prices range from $300 to $430, depending on the design.

Motorola says pricing and availability details for the Moto 360 Sport will be available “soon.” 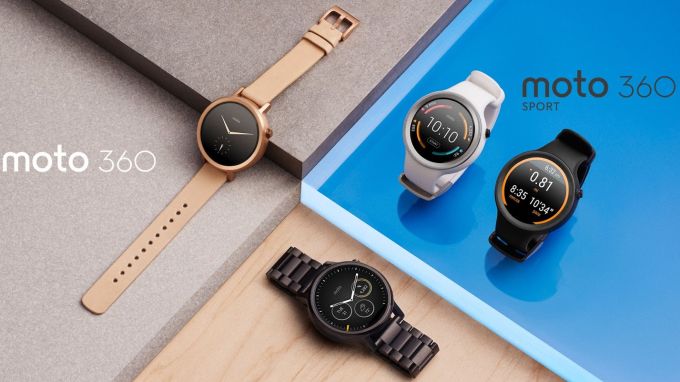 The new Moto 360 models feature larger lugs that make it easier to remove watch bands, allowing you to swap leather and metal bands to suit your needs.

Motorola offers 42mm and 46mm watches in men’s styles, and a 42mm  model for women. You can customize colors and patterns of the case, bezel, and band in the Moto Maker utility, and even choose the default watch face that will greet you when you first turn on the watch.

The watches have ambient light sensors, optical heart rate monitors, and motion sensors for step counting, among other things.

The Moto 360 Sport will be available with a range of sweat-resistant plastic bands, a display that’s designed to be easy to view indoors and outdoors, and GPS for tracking your runs or bike rides.