Hisense is showing off a new Android tablet with an 8.4 inch, 2560 x 1600 pixel display and super-thin bezels, which means that the front of the tablet is nearly all screen.

It’s called the Hisense Magic Mirror, and the folks at GizChina spotted the tablet on display at the IFA show in Berlin this week. 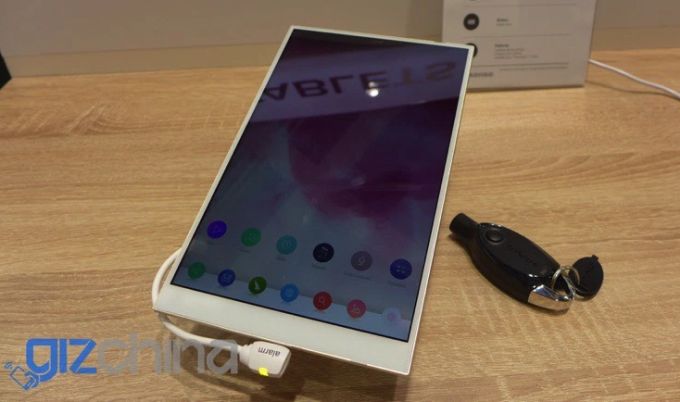 Hisense hasn’t announced the price or released date for the tablet yet, but the Chinese device maker says the Magic Mirror features a Rockchip RK3288 processor, 2GB of RAM, and up to 32GB of built-in storage.

The tablet measures about 0.3 inches thick at its thickest point, and it’s about half that at its thinnest point.

Hisense is also showing off new phones this week, including the C20 KingKong 2 with Gorilla Glass on the front and back of the phone and Hisense C1 smartphone that measures just 0.21 inches thick (5.43mm).