Budget smartphone maker BLU has a history of offering low-cost phones with decent, if not exactly remarkable specs. But BLU’s latest phone breaks new ground though for the company by combining premium specs and a mid-range price.

Sure, BLU isn’t the first company to take that approach, but the BLU Pure XL still looks like an interesting device.

The smartphone features a 6 inch, 2560 x 1440 pixel display, a MediaTek Helio X10 octa-core 64-bit processor, 3GB of RAM, and 64GB of storage. It will be available in the US starting September 29th for $349, which seems like a pretty good price for a phone with those specs. 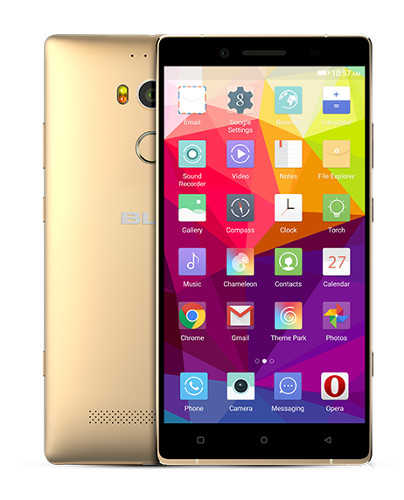 Other features include a 24 megapixel rear camera with support for 4K video recording and optical image stabilization, an 8MP front-facing camera, a 3,500 mAh battery, support for quick charging, a fingerprint sensor, stereo speakers, and support for 24-bit, 192 kHz audio.

The phone also has a microSD card slot, support for 802.11ac WiFi and NFC and it should work with AT&T and T-Mobile’s 4G LTE networks in the United States.

The BLU Pure XL has an aluminum case and it will be available in gold or grey.

20 replies on “BLU Pure XL is a $349 phone with a big, high-res display and a speedy processor”