AMD is rolling out a new line of premium processors aimed at commercial notebook and desktop computers.

The new AMD PRO line of chips include built-in security features, support for the new AMD PRO Control Center that allows IT professionals to manage a series of computers, and support for heterogeneous system architecture (HSA) to allow CPU and graphics cores to work together on some tasks. 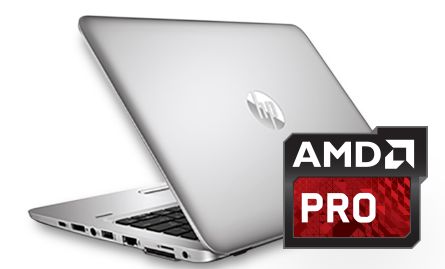 One of the most intriguing new chips is the AMD PRO A12, which is the company’s first notebook processor with 12 compute cores (4 CPU and 8 GPU cores). The chip supports CPU clock speeds up to 3.4 GHz and features Radeon R7 graphics with speeds up to 800 MHz.

The mobile lineup also includes quad-core AMD PRO A8 and A10 chips with Radeon R6 graphics.

There are also new desktop chips, previously code-named Godavari PRO, which AMD says will be available initially in desktops from HP, and Lenovo.