Acer is launching its first convertible Chromebook. The Acer Chromebook R11 is a laptop with Google’s Chrome OS operating system and a touchscreen display that can rotate 360 degrees, allowing you to hold the computer like a tablet.

It’s not the first convertible Chromebook on the market. But it is one of the first to feature an Intel Braswell processor. The Acer Chromebook R 11 should be available in October for $299 and up. 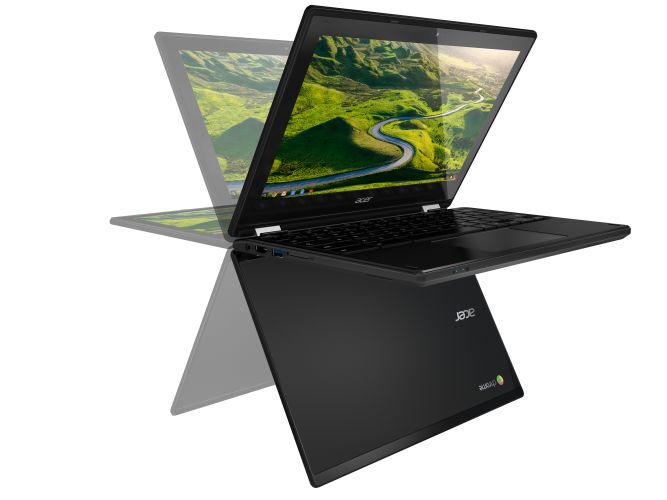