The ZUK Z1 is a smartphone with a 5.5 inch, full HD display, a USB Type-C reversible charging port, 3GB of RAM, 64GB of storage, and a 4,100 mAh battery. Those specs are pretty good, but the most impressive thing about the phone may be its price: it sells for about $284 in China.

Don’t live in China? No problem. ZUK plans to launch an international version of the phone in September. It’ll sell for about $299 and up. 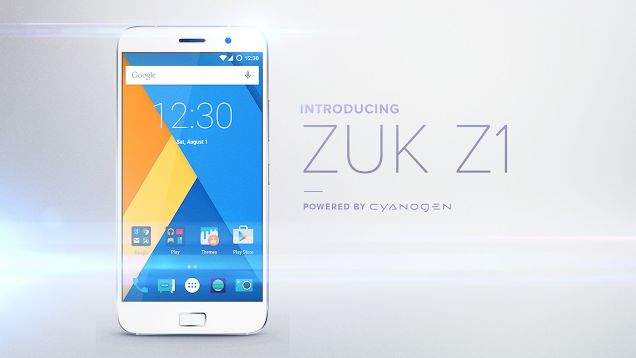 ZUK isn’t exactly a household name, and the Z1 is the company’s first phones. But the Chinese startup features financial backing from Lenovo… you know, the world’s largest PC maker and the company that owns Motorola. So at a time when many Chinese smartphones are only sold in China, maybe we shouldn’t be surprised that the ZUK Z1 is going international.

The phone will be available in Europe, North America, Southeast Asia, and the Middle East starting in September.

The international version of the phone will feature Cyanogen OS 12.1 software based on Android Lollipop.

Other features include a fingerprint sensor, an 8MP front-facing camera, a 13MP rear camera, and a Qualcomm Snapdragon 801 processor. The phone will be available in white or gray.