It’s called the ZTE Axon Mini, and it just passed through China’s TENAA website, which is the country’s equivalent of the FCC. 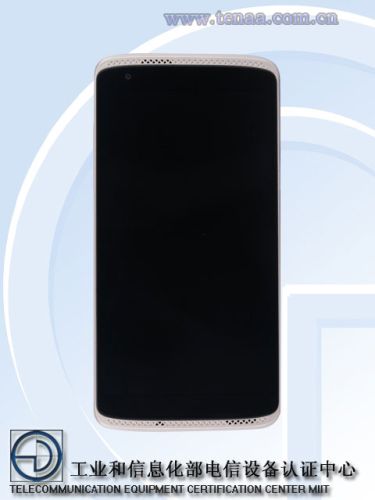 TENAA doesn’t actually name the phone, but it’s described as the ZTE B2015. Since the model number for the original Axon is A2015, and since the pictures of the two phones look an awful lot alike, it seems pretty likely that this it the Axon Mini which we first started to hear about in July.

Specs listed at the TENAA website describe a phone with a 5.2 inch, 1920 x 1080 pixel OLED display, a 1.5 GHz octa-core processor, 3GB of RAM, 16GB of storage, and a microSD card reader that can support up to 128GB of removable storage.

The phone has 8MP front and rear cameras and runs Android 5.1 Lollipop.

At an event in July, ZTE also claimed that the smartphone would feature support for Force Touch, allowing the device to detect the difference between soft or hard taps and presses of your finger against the screen. Apple uses this technology for the Apple Watch and for trackpads on recent MacBooks. The company is also expected to bring Force Touch to its next-gen iPhone models.