Xiaomi’s latest budget smartphone has a spec sheet that reads like it came from a high-end phone. But this 5.5 inch smartphone with a full HD display and a 64-bit, 8-core processor has a starting price of just $125.

Like most Xiaomi phones, the Redmi Note 2 will be sold initially in China before expanding to additional markets. And there’s no word on if or when it’ll ever be available in the United States or Europe, where Xiaomi is only selling smartphone accessories and not actual handsets yet. 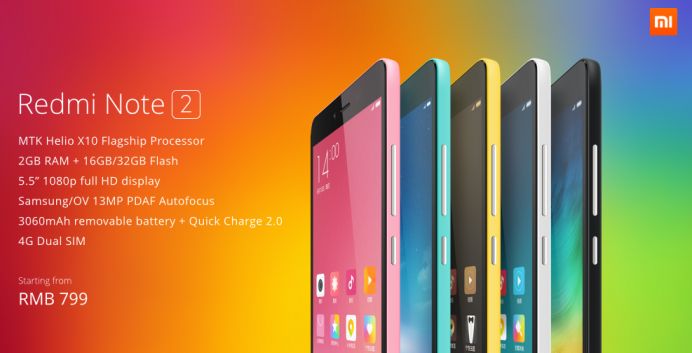 The Redmi Note 2 might not have as much memory or storage as some high-end phones. But its spec sheet makes the $180 Moto G look overpriced. Here’s what you get for $160:

Both models run Android Lollipop with Xiaomi’s MIUI 7 user interface, which is said to offer improved power consumption for better battery life, better responsiveness, and a number of design tweaks.