Android Auto is a platform that brings a stripped-down version of Google Android to in-car entertainment systems, allowing you to use Google Maps for navigation, Google Play Music (or third-party apps) to listen to tunes, and voice commands to make phone calls or compose or listen to text messages.

Not satisfied with the default behavior of Android Auto? Soon you might be able to replace the software that came with your device with a custom ROM.

A group of developers have figured out how to make Pioneer NEX Android Auto head units boot from an SD card, which opens the door to running custom ROMs installed on SD cards. 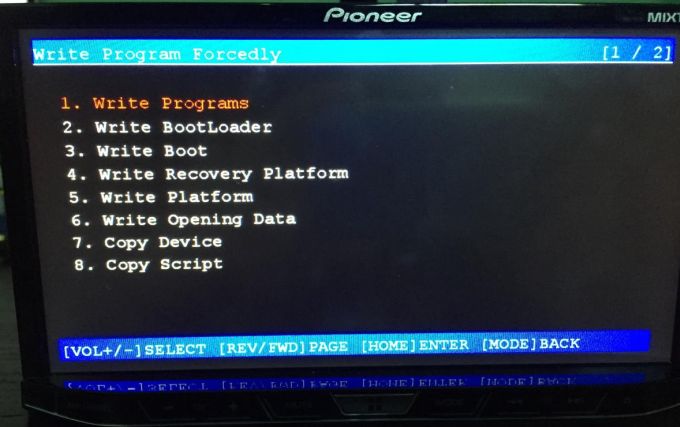 Details are available at the AVIC411 forum, along with instructions for setting up your Pioneer NEX unit to boot from an SD card.

Note that the process will take a little time, and you do run the risk of breaking your device if you don’t follow the instructions correctly.

Not only does this open the door to running custom versions of Android Auto on devices that shipped with the software, but it could also let users install Android Auto on Pioneer NEX units that don’t normally run Google’s software.

There aren’t any custom ROMs yet, but this paves the way for developers to create their own versions of Android Auto that may have apps or features which wouldn’t otherwise be available. But here’s the thing: some of the limitations included in Android Auto are there for good reasons.

For example, there’s no video player… because it would be rather distracting to have videos playing in you dashboard while you’re driving. And if you’ve used custom ROMs before, you know that some can truly improve the performance of a phone, tablet or other device… and others can be horribly buggy and crash-prone. That’s not something you’d want to find out while using Google Maps to navigate through unknown territory.

So what do you think? Custom ROMS for Android Auto: a good idea or a dangerous one?

7 replies on “Would you run an Android Auto custom ROM in your car?”