Microsoft’s Windows 10 operating system is now available for desktops, notebooks, and large tablets. Later this year it’s coming to Xbox One game consoles and Windows Phone handsets. But what about tablets with ARM-based processors that originally shipped with Windows RT? 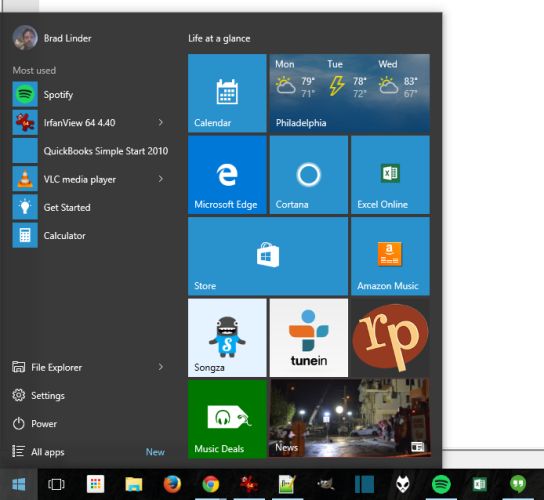 We’ve known that for a while — Microsoft has been promising for months to bring some Windows 10 features to devices like the Surface 2, original Surface, Asus VivoTab RT and Nokia Lumi 2520.

Now an update to the Windows 10 FAQ page spells things out a few more details:

One of the major differences between Windows 10 and Windows 8/8.1/Windows RT is that Windows 10 includes a Start Menu that covers just a portion of the window rather than your full screen (although you can check a settings box to make it go full-screen if that’s what you want). It sounds like Windows RT will be getting the Menu option soon.

It’s not clear what kind of improvements the lock screen will receiver.

In other words, if you’ve already got a Windows RT tablet, the September update might bring a few new features. But there’s really no good reason to spend money on a new Windows RT device anymore — especially when you can buy a full-fledged Windows 8.1 tablet (that’s upgradeable to Windows 10) for around $150 or less.

via ZDNet and WMPoweruser