A week after releasing Windows 10 to the public, Microsoft is already rolling out the first major update. And when I say major update, I mean you won’t notice any new features, but the update is a 325MB download with a ton of performance tweaks and bug fixes. 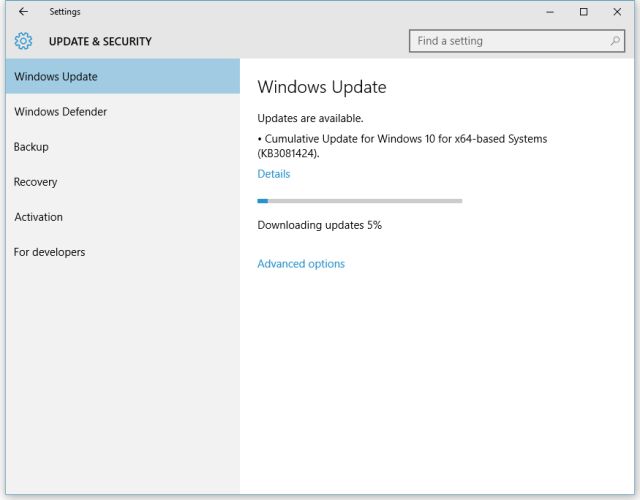 The update is cumulative, which means that you may already have received some of the included fixes through Windows Update. If that’s the case, the Windows Update process will only download and install updates that aren’t already on your computer.

Paul Thurrott reports that Microsoft has been referring to this update internally as Windows 10 SR1 (Service Release 1).

More importantly, the update provides some key evidence that Microsoft is taking its “Windows as a Service” strategy seriously. The company released Windows 10 to manufacturers shortly before the official launch date for the operating system and promised to roll out bug fixes, new features, security updates, and enhancements as they become available.

Say goodbye to the occasional “service pack” updates of yesteryear and hello to a continually updated operating system that gets features and improvements as they become available.