Sony already has a line of smartwatches: the latest is cleverly branded as the “Sony Smartwatch 3.” But while some companies are trying to make smartwatches look classy by including premium materials to go with their digital displays, Sony is thinking about doing something different for its next model: skipping the digital display altogether.

The company is floating the idea through a Japanese crowfunding campaign for its Wena Wrist device. 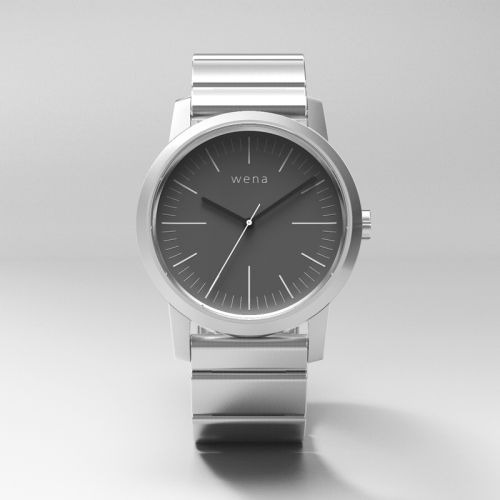 The Wena Wrist is basically a classic watch with an analog watch faces and physical buttons. But the watch features NFC for mobile payments, Bluetooth for pairing with your phone, and includes a vibration motor and LED light to alert you to notifications.

The watch also has motion tracking hardware, allowing you to count steps, distance, and other stats and then view the results on your phone.

Sure, other smartwatches are more versatile, thanks to touchscreen displays that let you customize the look of the watch and interact with third-party apps. But Sony says this waterproof watch should be able to get up to a week of battery life thanks to its simple hardware design. And nobody has to know that thing on your wrist is a smartwatch.

Sony is considering offering a few different models, including “Chronograph,” and “Three Hands” versions in black or silver. Interestingly, each is designed to work with iOS 8 or later, but there’s no mention of Android support… which seems odd since Sony sells Android-powered phones and Android Wear-powered watches.