Chinese startup Smartisan launched a phone called the Smartisan T1 last year, and there’s some evidence that the company may be planning to sell it in the US soon.

Now Smartisan is introducing a second phone. The Smartisan U1 has a cheaper price tag, swappable rear covers that come in a variety of colors and designs, and software that changes the color scheme of the operating system to match the color of the back cover.

Speaking of the operating system, that’s really what makes the Smartisan T1 and U1 unlike anything else on the market: both phones run Smartisan OS, which is a heavily skinned version of Google Android. 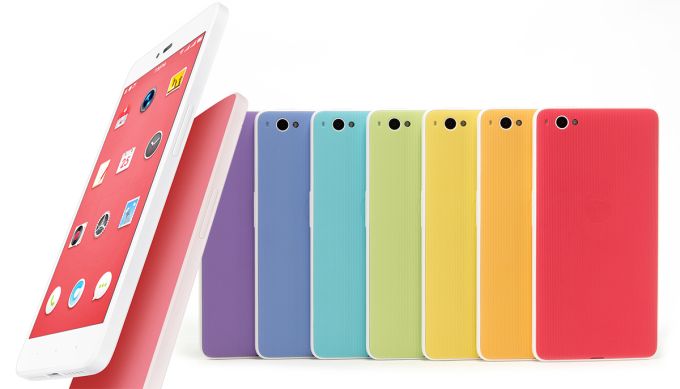 Smartisan OS features a grid-style app launcher, support for themes, a series of custom apps, and support for gesture-based actions. Engadget reports Smartisan OS 2.0 is coming in September, and it’ll add support for sorting icons by install date, usage frequency, or color. Other new features include a business card scanner, a voice search tool, and more.

Like the T1, the new phone has rocker switches on both sides of the phone, allowing you to adjust the volume with one and screen brightness with the other. Or you can press both to snap a photo, even when the screen is off.

There’s no word on if or when the Smartisan U1 will be available outside of China.

One reply on “Smartisan’s second phone is cheaper, more colorful”