Intel recently launched the first two chips based on its 6th-gen Core “Skylake” processor, but both of those processors are 91 watt powerhouses designed for desktop computers. Where’s the laptop love?

They’re on the way. And now we have an idea of what to expect, thanks to leaked documents obtained by FanlessTech. 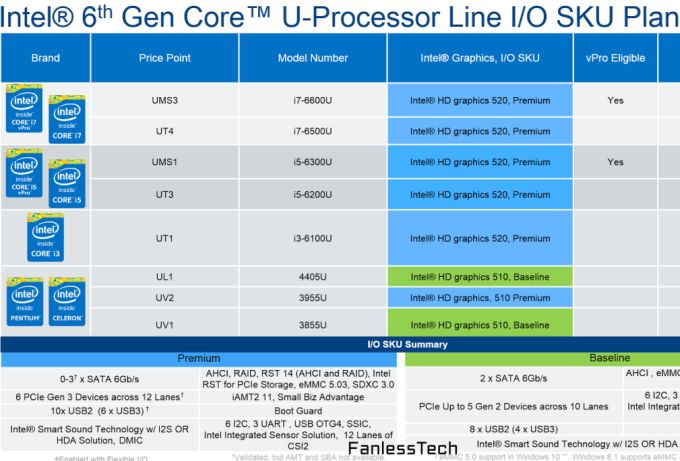 Intel’s new 15 watt Skylake-U series chips will replace the Broadwell-U processors that are currently on the market. Goodbye Core i3-5000 series chips, hellow Core i3-6000 series. And so on.

Here’s a run-down of some of the new processors that should hit the streets in the first half of 2016:

You can find more details at FanlessTech, which also reports that 28 watt Skylake chips with Intel Iris graphics will be available in early 2016.