The Galaxy Note 5 and Galaxy S6 Edge+ aren’t the only Android phones Samsung is introducing this week. The company is also launching a new phone for the Chinese market. It features an HD display, a Qualcomm Snapdragon 808 hexa-core processor, and a 16MP rear camera. 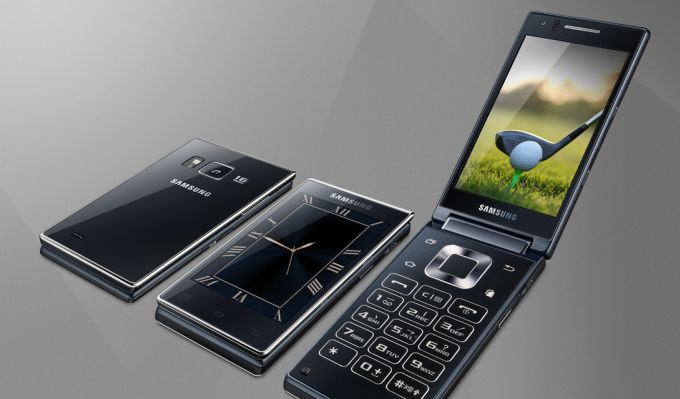 The Samsung SM-G9198 has two 3.9 inch Super AMOLED, 1280 x 768 pixel displays. One screen is visible when you flip open the phone, while the other is seen when the first screen is folded down over the keyboard.

Above the numeric keypad there’s a direction pad and dedicated Android buttons for back, home, and recent functions.

The Samsung SM-G9198 also features a removable 2,020 mAh battery and a microSD card reader with support for up to 128GB of removable storage. Apparently Samsung does still know how to make phones with those features.

It’s unlikely that this particular phone will be offered outside of Korea anytime soon. Flip phones have fallen out of fashion in the West, but they’re still relatively popular in some parts of Asia. LG recently introduces a flip phone called the LG Wine Smart in South Korea… although it has less impressive specs than Samsung’s new phone (which we first learned about when it showed up at China’s TENAA website last month).