The OnePlus 2 smartphone goes on sale August 11th for $329 and up folks who manage to snag an invite. Don’t mind paying a little more money to get an international model with limited support for US networks? You can already buy the OnePlus 2 from OppoMart for $359 and up.

Not in a rush to actually get your hands on the phone, but curious to know what it looks like when you tear it apart? The FCC’s got you covered… with pictures of the phone uncovered. 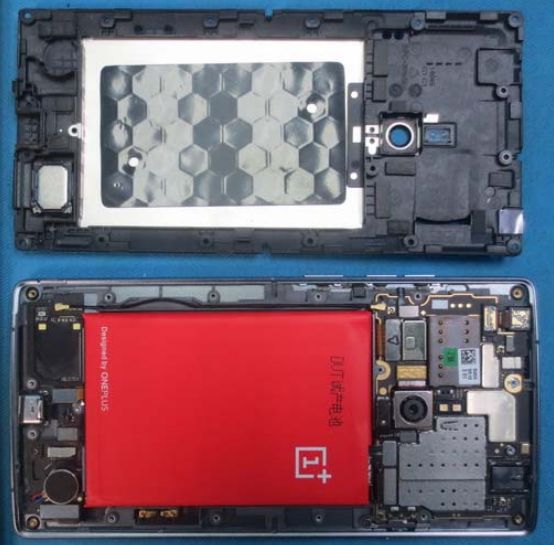 The OnePlus 2 showed up at the FCC website on August 7th, complete with a user manual/quick start guide, pictures of the phone, power adapter, and USB cable.

But the most interesting part of the FCC listing is probably the “External Photos” section. All companies that submit documents to the FCC need to include some close-up pictures, but sometime they’re hidden behind a confidentiality request. Not only did OnePlus not attempt to hide its photos, the company also shared far more pictures than you’d usually find in this type of document.

There aren’t really any surprises. But you can get a good look at the phone’s battery (which is described as a 3,200 mAh/3,300 mAh battery, Qualcomm Snapdragon 810 processor, and other hardware.

You can remove the rear cover of the phone and replace it with a different StyleSwap cover to change the color and design of the back of the phone. But the OnePlus 2 does not have a removable battery, a microSD card slot, wireless charging, or NFC.

When the cover’s off, it certainly looks like it wouldn’t be that hard to replace the battery yourself though — although as I’ve learned, replacing a “non-removable” battery after a year or two of use doesn’t always result in better battery life.

OnePlus will ship the US model with a OxygenOS, a customized version of Google Android 5.1 Lollipop.