Microsoft’s light-weight version of Windows 10 for low-power, connected devices is now available. Windows 10 IoT Core isn’t designed to be a desktop operating system that runs Office, Photoshop, or Steam. But it could power robots, home automation systems, and other products that may have a display… or that may not.

For now, Microsoft has released Windows 10 IoT Core for two devices: the Raspberry Pi 2 and the MinnowBoard Max. 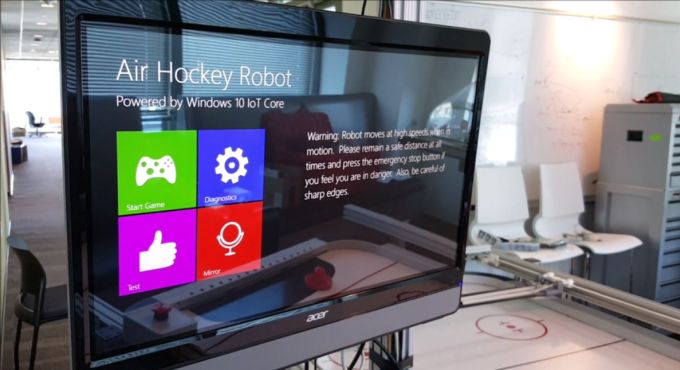 Both are small, low-power, single-board computers. But the Raspberry Pi 2 features an ARM-based processor, while the MinnowBoard Max has an Intel chip.

These boards are aimed at developers, hobbyists, and educators, among others. By targeting them, Microsoft is looking to encourage people to build interesting things with Windows 10 IoT Core. In the release announcement, Microsoft shows off a robotic hockey table powered by the software. Other highlighted projects include robots, home automation systems, and a system that controls an LED through a Windows Phone app and an Arduino.

While the focus is on the DIY set for now, eventually we could see commercial products powered by Microsoft’s new version of Windows. There are ATMs, point-of-sales machines, and all sorts of other specialized devices that run older Windows CE or Embedded software. Windows 10 IoT Core could be the evolution of that technology and it could be optimized more for home applications than commercial use (think home security systems that are controlled from your phone, rather than fancy cash registers).

Microsoft has been offering preview builds of Windows 10 IoT Core for a little while, but the official release adds support for WiFi and Bluetooth, improved GPIO performance for the Raspberry Pi, and new Universal Windows Platform APIs, among other things.

Just keep in mind, this is not software that will let you get a Windows desktop experience on a $35 Raspberry Pi 2 mini-computer. There’s no Windows shell at all. But developers can create their own apps with or without a graphical user interface.