Microsoft digital assistant software is now available to test on any Android device. You don’t need an invitation and you don’t need to download a leaked copy.

Just sign up as a beta tester to give a pre-release, but somewhat stable version of Cortana for Android a try. 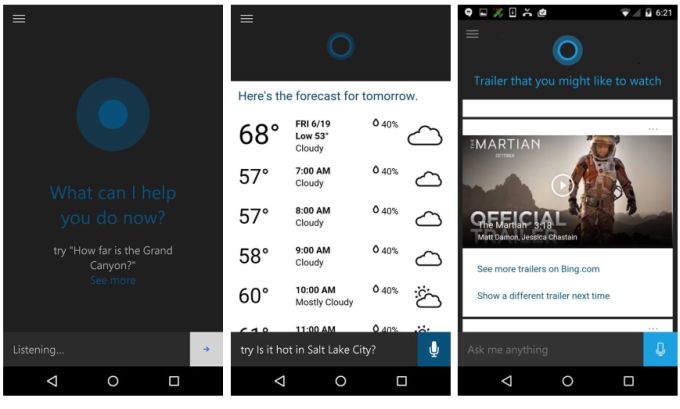 Cortana is a digital assistant app that can respond to voice or text-based commands. First introduced for Windows Phone, Cortana is now available for computers running Windows 10 and Android devices. Cortana for iOS is also under development.

A lot of Cortana’s functionality is also available from Google Voice Search or Apple’s Siri. But if you’re a Windows user, it might be worth giving Cortana a try, since it can sync data across devices and its search results, recommendations, and other features should get better the more you use it.

That’s because Cortana stores the things it knows about you  in a “notebook” so it knows what kind of news, sports scores, appointment, flight tracking, or other details to share with you.

The Android app does lack one feature that’s available to Windows users: you can’t configure the Android version to respond when you say “hey Cortana” from any screen on you device, because the app doesn’t have the same kind of integration with the operating system on Android as it does on Windows.

That said, you can ask Cortana questions, set reminders, or use Cortana to start a phone call or compose a text message, among other things. Cortana will also tell you jokes or stories if you ask.