Intel’s 6th-gen Core “Skylake” processor for notebooks, desktops, and tablets are designed to offer slightly better CPU performance and up to 50 percent better graphics than chips based on Intel’s 5th-gen Core “Broadwell” designs.

But that’s not the only thing that’s new. At least some Skylake chips will also include an integrated image signal processor, which should help device makers create tablets, notebooks, and other devices with better photography features. 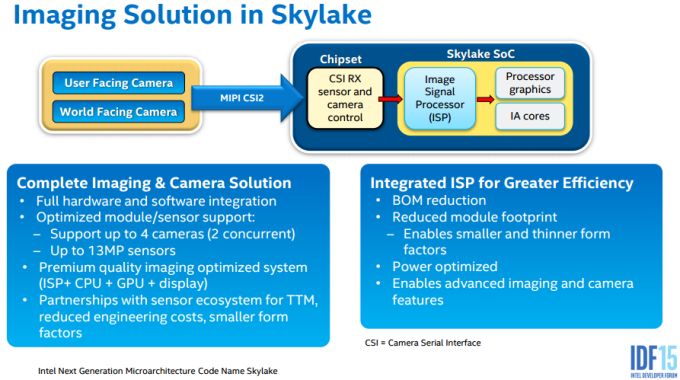 The image signal processor is expected to be included in Intel’s Skylake U and Y series chips which consume 15 watts or less and are typically used in notebooks, tablets, and 2-in-1 systems.

According to slides Intel is showing off at the IDF 2015 event in San Francisco, here’s what you can expect from the image processor:

Since much of the image processing happens at the chip level, it should be possible for device makers to offer cameras that are faster and more energy-efficient. 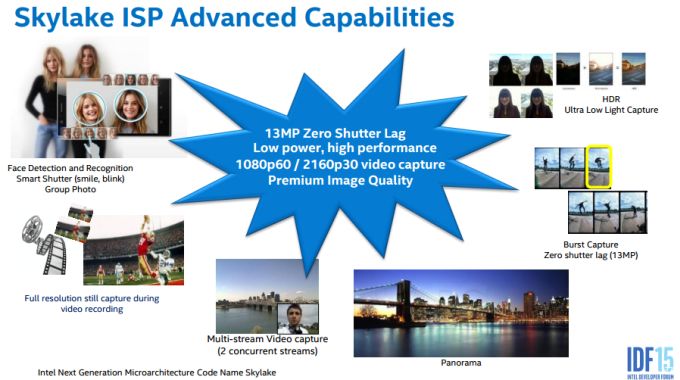 This is the sort of thing smartphone chip makers have been doing for years. But it’s less common to find integrated image signal processors baked into laptop-class chips.

Then again, these days there are some phones that are effectively the size of small tablets… and many tablets can also function as laptops when you attach a keyboard dock. So maybe it makes sense that the lines that differentiate laptop chips from smartphone chips are starting to blur.