Many of the most popular Chromebooks on the market are super-cheap laptops, with many models priced at between $150 and $250. So you might be forgiven for thinking that part of what makes a Chromebook special is its low price tag… but really the only thing separating a Chromebook from other laptops is the operating system: Chromebooks come with Chrome OS, while most other notebooks ship with Windows, OS X, or occasionally Linux.

Google charges $999 or more for the Chromebook Pixel, which makes sense because it’s a laptop with high-end specs and Chrome OS software. And Dell’s new Chromebook 13 is aimed at  business customers willing to pay $399 to $899 for a Chromebook with strong specs and sturdy build quality.

Now it looks like Asus may also be planning to launch a Chromebook for business users. 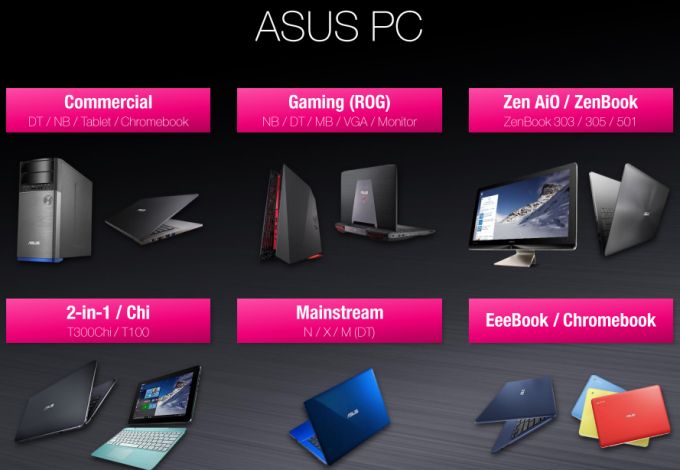 Asus released a document to investors recently outlining the company’s current strategy and product lineup. But if you look at the “commercial” section of the image above, you’ll see an unannounced product: a commercial Chromebook.

Right now Asus offers several Chrome OS laptops aimed at consumers, including the Asus C200 and C300 Chromebooks with Intel chips and the Asus C201 and Asuc Chromebook Flip with Rockchip processors. Most models are priced at $300 or lower.

The unannounced commercial Chromebook seems to have a more professional looking case design, a decent range of ports (including HDMI, USB 3.0, and Ethernet jacks), and… well, that’s about all I can make out from the image. 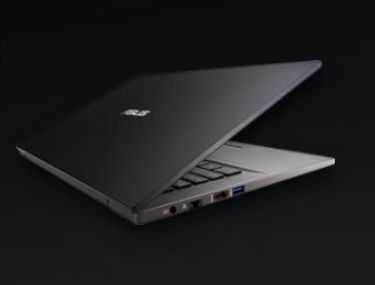 While the investor overview document touches on many of the company’s current product categories, it’s interesting to note that almost a third of the pages are related to the Zenfone family of smartphones. Clearly Asus is emphasizing it smartphone business, which makes sense at a time when smartphone shipments continue to grow, while traditional PC shipments seem to have plateaued.

The Asus Zenfone 2 has also received largely positive reviews. I, for one, was pretty impressed with the $299 model, although I still prefer phones with 5 inch screens to 5.5 inch models.

One thing many reviewers have noticed though, is that the Asus Zenfone 2 comes with an awful lot of Asus and third-party apps pre-loaded. Just in case you had any doubt about why Asus loaded so much bloatware on the Zenfone 2, the investor document makes it clear: the Asus ZenUI user interface and app suite is designed to make money for Asus through deals to preload apps, recommend apps, and offer themes, templates, stickers, and more. 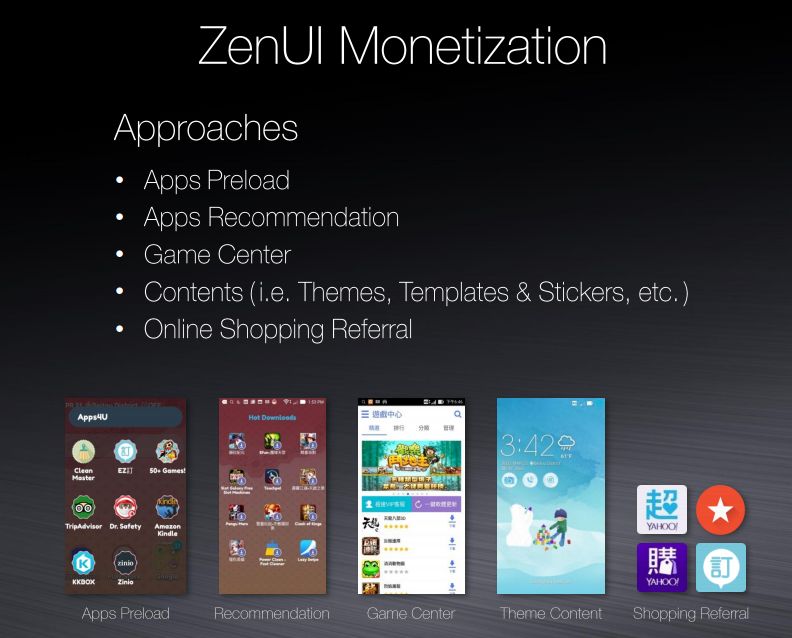 6 replies on “Asus may be developing a business Chromebook”