Amazon’s Instant Video service lets you stream movies and TV shows to devices including smartphones, tablets, computers, and TVs. In order to watch on a TV though, you’ll need a smart TV that supports Amazon Instant Video or a TV box like a Roku or Amazon Fire TV.

The list of supported hardware used to include devices running Google TV software. But Amazon is pulling the plug on Google TV support on September 14th. It seems like the company is also discontinuing support for a number of older smart TVs including some models from Samsung and LG. 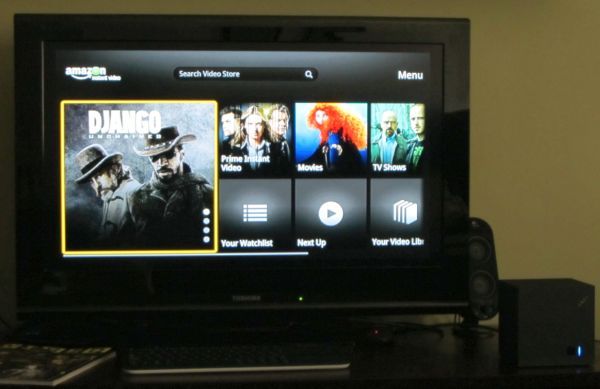 This isn’t a huge shock: Google TV is kind of dead as a platform. These days Google is pushing Android TV instead.

But Amazon doesn’t offer an app for Android TV. Maybe that’s not surprising either: Google TV was never immensely popular and there are currently only a handful of devices running Android TV software, including the Google Nexus Player and NVIDIA Shield console.

A cynic might suggest Amazon wants customers to buy Amazon Fire TV or Fire TV Stick devices so that the company has more control over its own video streaming service (and the ability to take a cut of revenue from any third-party apps you purchase while using a Fire TV device).

But arguably it also doesn’t make sense for Amazon to continue to support unpopular platforms at a time when there are other platforms used by more people.

Still, it’s one reason why I’m a proponent of avoiding Smart TVs and using smart TV boxes instead. Why spend extra money to buy a TV with features that might not even work in a few years when you could buy a $30 – $100 box that you can plug into your TV which will probably offer more functionality… and which will certainly be cheaper to replace if and when it becomes obsolete than the TV itself?

Incidentally, the Amazon Fire TV is actually out of stock at the moment… which could mean that a new model is on the way. The Fire TV stick is still available for $39, although there’s reason to suspect that a second-gen model of the Stick is also on the way.