The Alcatel OneTouch Idol 3 has garnered a lot of attention this year as an affordable phone with surprisingly good specs.

Now Alcatel OneTouch is launching a new model that has the same basic design elements, but a smaller case, a lower-price tag, and somewhat less impressive hardware.

The Alcatel OneTouch Idol 3 4.7 launches in the US and Canada Friday for $180 and up. 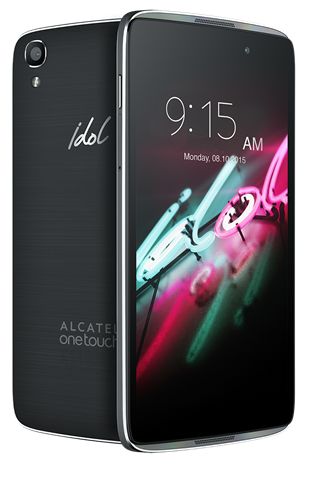 It has stereo front-facing speakers with JBL audio, features a 2,000 mAh battery, a microSD card slot, a 13MP rear camer and a 5MP front-facing camera. The phone supports 4G LTE networks and should work on AT&T or T-Mobile in the United States.

While the phone doesn’t have the full HD display, Snapdragon 615 processor, 2GB of RAM, or 2,910 mAh battery of its big sibling. But it still packs a lot of power for a $180 phone.

Still, it would be nice to have an option to buy a phone with all the same features as the OneTouch Idol 3 in a smaller package. Not everyone wants a 5.5 inch phone. Unfortunately, the screen and price tag aren’t the only things that are smaller in the Idol OneTouch Idol 3 4.7.