The Zotac ZBOX CI322 nano looks virtually identical to the company’s CI321 and CI320 models, but features a different chipset under the hood. 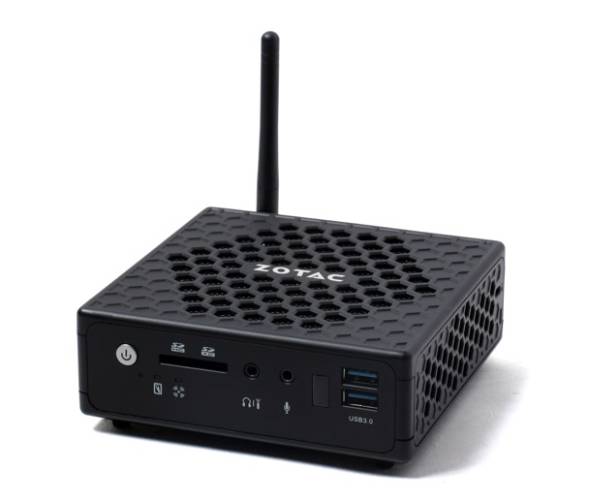 Zotac’s C-series computers are small desktops that measure about 5″ x 5″ x 1.8″ and which have low-power processors and ventilated cases. This allows the PCs to use passive cooling instead of a noisy fan.

Like most of Zotac’s mini-PCs, the ZBOX CI322 nano comes in barebones and “Plus” models. The Plus version includes 8GB of RAM and a 64GB solid state drive, while the barebones version has neither. You’ll need to supply your own operating system.

Zotac hasn’t revealed pricing for the barebones or Plus models yet.

The new ZBOX CI322 features Intel’s Celeron J1900 Bay Trail chip. The 10 watt quad-core processor has a higher clock-speed than the 11.5 watt dual-core Celeron 2961Y, but it’s based on a different architecture.

So which chip is better? It depends on what you’re trying to use the computer for: Benchmarks suggest the Celeron J1900 comes out on top in tests that involve multitasking, while the Celeron 2961Y is a better chip for graphics performance. They’re both relatively low-cost, low-power chips though, so if you’re looking for bleeding edge performance, you’ll need to look elsewhere.