Windows 10 launches today in 190 countries. Microsoft is starting to roll out the OS as a free update for folks running Windows 7 or later, and many PC makers are now shipping laptops, desktops, and 2-in-1 systems powered by Microsoft’s new operating system. You can also buy a Windows 10 license.

Later this year Windows 10 for smartphones and other devices will launch, but the initial rollout is all about PCs that can run desktop apps.

The new OS combines some of the best features of Windows 7 and Windows 8.1 and adds a few new goodies including the Cortana search and assistant tool, the Microsoft Edge web browser, and support for Universal Windows Apps.

So what do you think of Windows 10 so far? 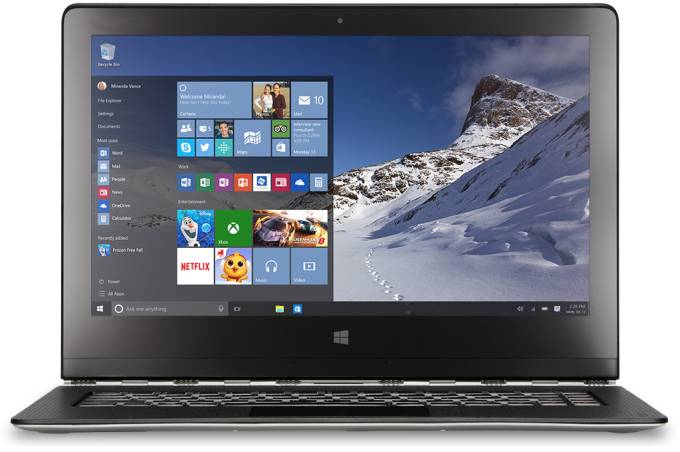 While it may be a little while before everyone that registered for the free upgrade can download Windows 10, we’ve been talking about the operating system for almost a year… and Microsoft has been offering free pre-release preview builds for testing since late 2014.

Overall, the OS is designed to run on a wide range of hardware, including machines with small amounts of memory and storage and low-resolution displays as well as premium systems with bleeding edge hardware.

Folks who were disappointed that the Start Menu was replaced by a full-page Start Screen in the move from Windows 7 to Windows 8 should be pleased to see that the Menu is back… sort of. The new Start Menu includes live tiles, but you can customize the look and feel of the menu and hide elements you don’t need. 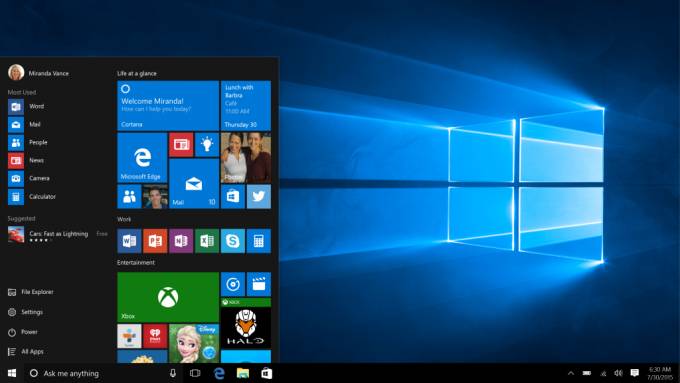 Like the Start Screen? You can still configure Windows 10 to use it. And if you have a 2-in-1 device that can function as a notebook or a tablet, the user interface should adapt automatically depending on how you’re using your computer.

The Edge web browser is cleaner and faster than Internet Explorer… which is a nice touch, even if the only time you ever plan to use the default browser is when you visit google.com/chrome or getfirefox.com to download an alternate browser.

And even if you have no intention of talking to your computer using natural language, Cortana makes the search bar much more powerful, enabling you to search your PC and the web, set reminders, and do much more. 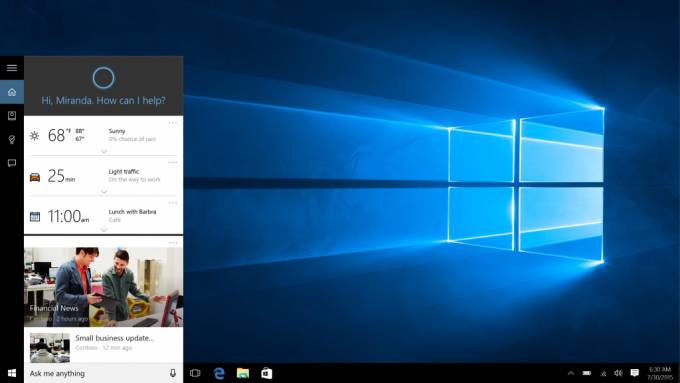 On the other hand, there are some parts of Windows 10 that still feel like two separate operating systems that haven’t yet been merged. Windows Store apps run in windows that don’t look much like the ones that traditional desktop software runs in. And there are two different ways to access settings: through a new Modern Settings app or through the old-fashioned Control Panel.

Many of the settings options are duplicated in both places… but some are only available in Control Panel, which means you might fire up Settings only to find that you still need to switch to a different interface to actually tweak whatever it is you’re trying to change.

As with Windows 8.1, it’s largely possible to treat Windows 10 like Windows 7: Just ignore all the tablet-friendly features, pin a few of your favorites to the taskbar, and just enjoy the quick boot times, updated search, and the latest security enhancements.

But if Microsoft’s latest strategy is successful, we could see a growing number of Universal Apps in the Windows Store, which could change the way you use your computer. Android, iOS, and desktop Windows app developers are being asked to convert and submit their apps so that users can know that apps have been vetted to some degree, receive automatic updates, and make payments through a single system.

Have you tried Windows 10 yet? Or have you been keeping your distance?

Either way, what do you think of Windows 10 so far?