Motorola may not have any plans to sell the Moto X Play or Moto X Style smartphones through US carriers, instead offering the Moto X Pure Edition directly to consumers for $400. But that doesn’t mean you won’t be able to buy a new Motorola phone from a US wireless carrier this year.

HellomotoHK has posted a few pictures that give us an early look at the upcoming “Droid 2015” smartphone. It’s likely that this could be a Verizon-specific version of Motorola’s latest flagship. 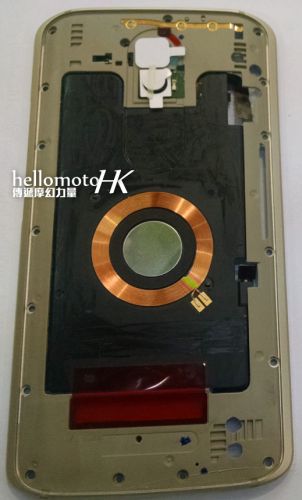 The photos show a phone with the same basic design as the latest Moto X smartphones, but at least one features that isn’t available on the Moto X Play, Style, and Pure Editions: wireless charging.

Other specs are expected to include a 5.5 inch full HD or quad HD display, a Qualcomm Snapdragon 808 (or possibly 810) processor, and if the phone is anything like other members of the 2015 Moto X lineup, it’ll probably have a 21MP rear camera and 5MP front-facing camera.

There’s no word on when Verizon will officially introduce the phone or how much it will cost.