A handful of companies have introduced smartphones that are nearly bezel-free… at least on the left and right sides of the phone. Usually there’s some space above and below the screen which is used for silly things like mics, speakers, and cameras.

ZTE has a model, as do Sharp, and some less well-known companies such as LeTV. Now it looks like Sony is jumping on the bezel-free bandwagon. 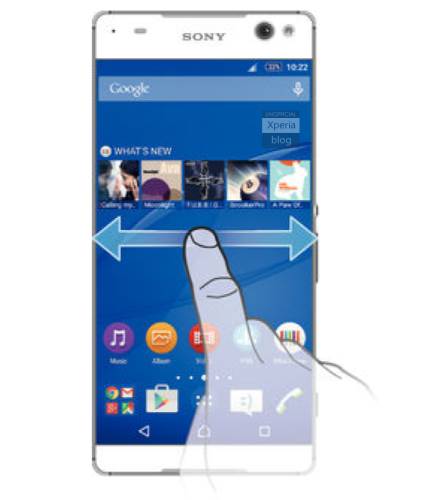 According to leaked photos and a leaked user manual obtained by Xperia Blog, the upcoming Sony Xperia C5 Ultra will have a front panel that’s nearly all screen.

Other features are expected to include 2GB of RAM, 16GB of storage, a microSD card slot, and a 13MP camera.

While the manual doesn’t tell us much more about the phone, it’s expected to feature a  6 inch, 1920 x 1080 pixel display, and a MediaTek MT6752 octa-core processor.

It’s worth noting that Sony’s high-end phones are part of the Xperia Z series lineup. Phones in the C and T series tend to be more affordable models with more modest specs.

Update: More details, along with hands-on photos, are now available.