It looks like Samsung is taking aim at both shortages. The Samsung SM-G9198 features Qualcomm’s hexa-core chip and a numeric keypad and a 3.9 inch display which folds down over that keypad. 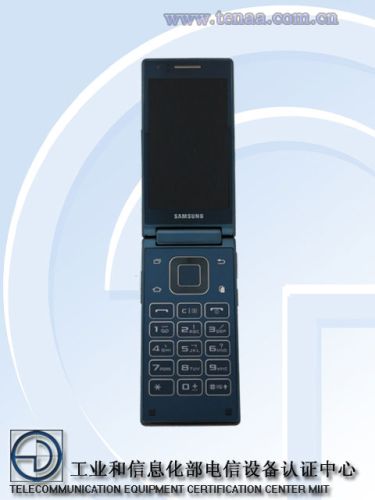 The smartphone passed through the TENAA website recently. That’s China’s version of the FCC… and both agencies have a habit of spilling the beans about upcoming devices through listings on their websites.

While it’s possible Samsung will offer this phone in markets other than China, I wouldn’t hold my breath waiting for it to show up in the United States or Europe, where clamshell smartphones are even less common than they are in Asia.

Update: Samsung has officially launched a different flip phone in Korea. The LG Gentle sports a 3.2 inch, 480 x 320 pixel display, Android 5.1 software, and a keypard. It has entry-level specs and an entry-level price. The $170 phone features 1GB of RAm and 4GB of storage.