Old dogs may not be able to learn new tricks, but apparently smartwatches can. Google is reportedly planning to roll out an update to its Android Wear software for smartwatches that brings a few new features, including support for interactive watch faces and watch-to-watch communication.

That means the watch you may already have could become a little more useful… or there may be a new reason or two to pull the trigger and buy the watch you’ve had your eye on. 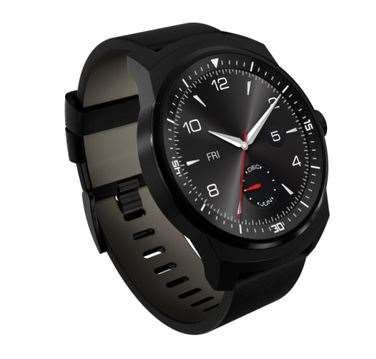 This isn’t the first time Google has taught old watches new tricks. The company rolled out an update recently that adds support for WiFi, emoki, and motion gestures.

According to Phandroid, the next major update could come in August. The website reports that the new version of Android Wear will support interactive watch faces that let you launch actions, change the design, or do other things with a single tap (rather than a swipe to the left, right, up, or down).

Phandroid says Google will also introduce a new way for Android Wear users to communicate with each other through something called “Together.” The idea is to let users send a photo, draw a picture, share an emoji, or send other messages to someone else using an Android Wear watch.

This is similar to the Apple Watch “Digital Touch” features which let you quickly send a sketch, tap, or heartbeat to other users.

Of course — this all assumes you have a friend with an Android Wear watch (or Apple Watch) you actually want to send doodles or heartbeats to. While smartwatch sales have certainly picked up a bit in the last year or two, I’m willing to go out on a limb and assume that most of your friends and family don’t yet have tiny touchscreen computers strapped to their wrists.

One reply on “Report: Android Wear to support watch-to-watch communication”