The new WindBox III MS-9A75 is a slim, fanless computer designed for digital signage, kiosks, security systems, or other commercial applications… but it could also make an interesting home theater PC. 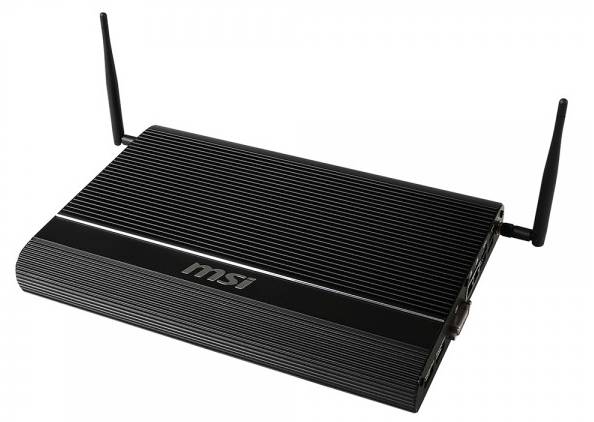 The computer supports 5th-gen Intel Core i3, Core i5, Core i7, or Celeron processors, up to 16GB of RAM, and has room for 2.5 inch drives as well as two mini PCIe slots for storage or other hardware.

It also has two Gigabit Ethernet ports, two DisplayPort, and one DVI port for connecting a monitor or three, and several USB, COM, and audio ports.

MSI has been making small PCs for a while, and the first WindBox III launched way back in 2010… when we were calling computers like this “nettops.”

While the physical design doesn’t seem to have changed much, the new model packs a lot more power than the original, which sported an Intel Core 2 Duo chip.