Motorola unveiled three new smartphones during a global press event today. There’s a new Moto G budget phone and two new Moto X premium phones. But it turns out only one of those Moto X variants will be available in the US.

This fall you’ll be able to buy a Moto X Pure Edition for $400 and use it on any US wireless carrier. Want to buy a new Moto X directly from your carrier? Tough. 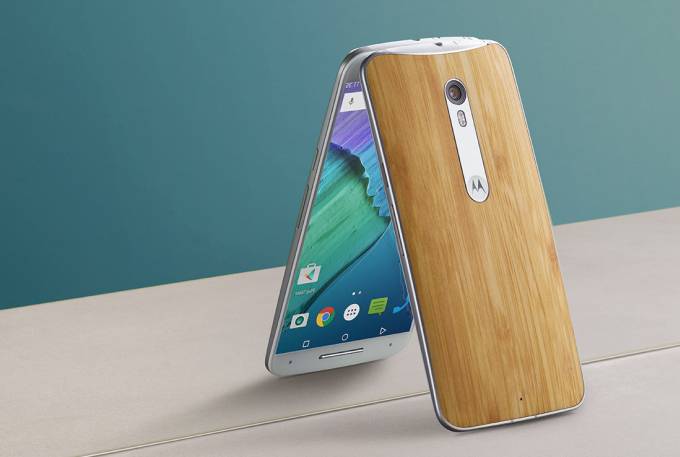 The Moto X Pure Edition is basically a version of the global Moto X Style smartphone. What makes it “pure” is that the phone will run stock Android 5.1 software. It’ll also feature unlocked 4G LTE capabilities, which means you’ll be able to buy the phone from Motorola and then use it on Verizon, AT&T, T-Mobile, or Sprint.

It has 3GB of RAM and supports up to 64GB of storage and features a microSD card slot. The phone has stereo front-facing speakers, and supports 802.11ac WiFi, Bluetooth 4.1, NFC and GPS.

Motorola will let you use the Moto Maker website to customize the design of your phone before it ships, allowing you to choose a silicon rubber back or an alternate cover with leather, wood, or other materials and colors.

In other markets Motorola also plans to sell a Moto X Play phone which has a bigger batter but a lower-resolution display and just 2GB of RAM. But the Moto X Play will not be coming to the United States.

There are a number of contract-free smartphones which offer high quality specs at mid-range prices these days. The ZTE Axon sells for $450. The Asus ZenFone 2 with 4GB of RAM and 64GB of storage costs $299. And the OnePlus 2 launches in August for $329 and up.

But up until recently Motorola had taken a mixed approach toward selling phones in the US. You could buy unlocked models of some phones directly from Motorola or other retailers or you could buy the phones from carriers… which usually involves paying a lower price up front and paying off the phone in monthly installments.

So while $400 is actually a pretty great price for an unlocked phones with the kind of specs offered by the Moto X Pure Edition, it’ll be interesting to see how many people are actually willing to spend that kind of cash up front. The good news is that customers who sign up for pre-paid or discount phone plans can probably save a lot of money on monthly phone bills if they can afford to pay $400 up front.

via The Verge and 9to5Google