Motorola is expected to unveil the 3rd-generation Moto G smartphone on July 28th. But a series of leaks have given us a pretty good idea of what to expect from Motorola’s next budget smartphone.

Still, there’s always room for one more leak: and this time it comes from Motorola. According to a page that was briefly visible on the company’s website, the Moto G (2015) will be available with up to 2GB of RAM, which is twice as much as any of the previous models supported. 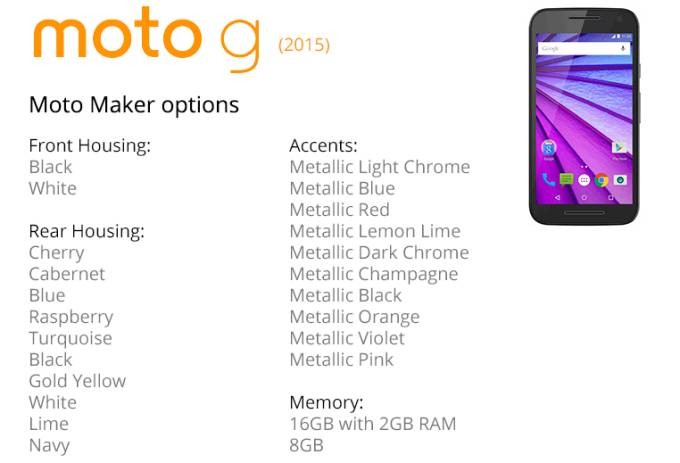 Options include black or white fronts, rear panels that come in 10 different colors, and a choice of accent colors including chrome, blue, red, and seven more.

Moto Maker will also let you choose the wallpaper that will be loaded the first time you turn on the phone, and for $20 more you can opt for a FlipShell case.

But the most interesting part of this leak relates to memory and storage. The Moto G (2015) will be available with 8GB or 16GB of storage… and the 16GB model features 2GB of RAM (suggesting that the 8GB model will have 1GB, just like earlier versions of the Moto G).

Pricing hasn’t been revealed, but the first and second generation Moto G smartphones have each had starting prices of $180 at launch. 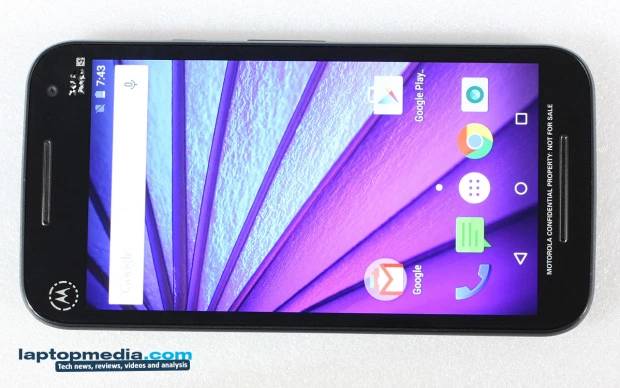