The Smartisan T1 is an unusual smartphone that launched in China last year. It runs Smartisan OS, which is a heavily customized version of Google Android, and the phone has pretty respectable hardware for a 2014-era flagship.

But more than a year after launch, it looks like the makers of the Smartisan T1 might be planning to bring the aging phone to the US: It just showed up at the FCC website. 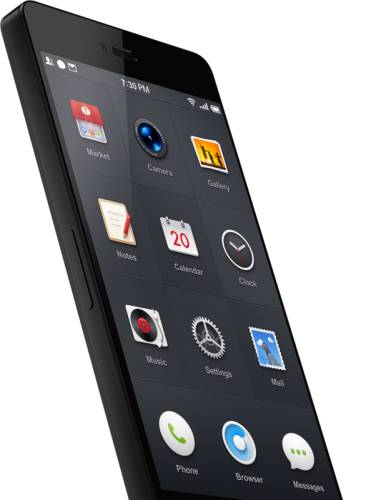 The Smartisan T1 also has buttons on both sides of the phone: allowing you to configure the phone, allowing you to adjust the volume by pressing on one side or adjust the brightness while pressing the other. Want to flip the position? The phone can be configured for right or left-handed operation.

The most unusual thing about the phone is is software: Smartisan OS has a series of custom apps, a grid-style app launcher, shortcuts for phone, messages, and camera on the lock screen, and support for a range of gesture-based actions.

If you’re looking for more details about what makes this phone special, Engadget covered the Smartisan T1 pretty extensively when it launched last year.

It’s not entirely clear if the Smartisan T1 will go on sale in the US anytime soon or how much it will cost if it does. But it seems like the company is at least considering bringing the phone to America… otherwise why go through the trouble of submitting it to the FCC?

One reply on “Is the Smartisan T1 smartphone coming to America?”