Looking for a portable laptop that costs less than $200? There are plenty of options including models that run Windows or Google’s Chrome OS software.

Want one that has 4GB of RAM instead of 2GB? That usually drives up the price… but that doesn’t mean it’s impossible to find a laptop with 4GB of RAM for under $200.

The new CTL H4 Chromebook for Education has an 11.6 inch display, a semi-rugged display, an 4GB of RAM. It’s priced at $199. But there is one small catch: this laptop has a Rockchip RK3288 processor rather than an Intel chip. 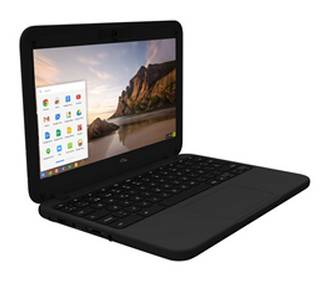 That means it may not be quite as speedy as a model with an Intel Celeron or faster processor, and if you decide to install Ubuntu or another Linux-based operating system on the laptop, some apps that aren’t optimized for ARM-based processors may not work.

All things considered though, the CTL H4 Chromebook looks like an interesting value. It weighs 2.4 pounds, offers up to 10 hours of battery life, features a water resistant case that’s designed to withstand a drop of up to 2.3 feet, a built-in handle that lets you carry the notebook like a briefcase, stereo speakers, an HDMI port, two USB ports, a microSd card slot, WiFi, and Bluetooth.

Like the recently launched CTL NL6 Chromebook, this model also has a 180 degree hinge that lets you open the laptop so the screen is flat against the same surface as the keyboard.

While the CTL H4 Chromebook is designed for use in the classroom, CTL sells most of its laptops directly to consumers as well. In fact, the company’s CTL J2 and J4 Chromebook models which launched earlier this year are both on sale for about $30 off their list price right now… which means that if you don’t want to wait for the H4 Chromebook to launch, you can pick up the CTL J4 Chromebook with 4GB of RAM and an RK3288 processor for $199 instead.