The company that makes the processor for Xiaomi’s $97 Redmi 2A smartphone is outlining plans for its upcoming chips.

Some will still be entry-level processors aimed at low-cost devices. But they’ll be based on newer versions of ARM’s designs. Leadcore also plans to launch some higher-performance chips. 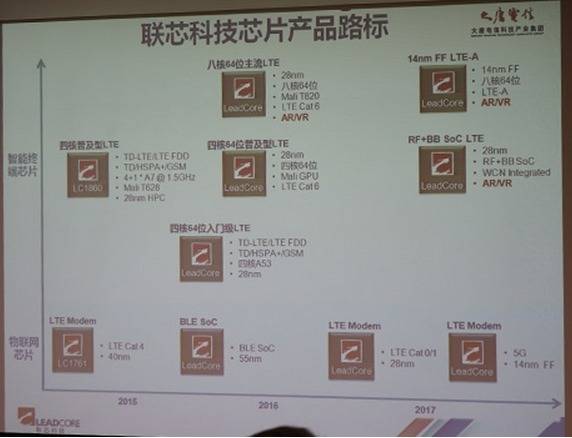 By early 2016, the company plans to launch a quad-core ARM Cortex-A53 processor, which will be followed by higher-priced octa-core chips with ARM Mali-T820 graphics.

All of those chips will be based on 28nm designs. But by 2017, the company plans to follow Samsung’s footsteps, with 14nm, FinFET chips.

Of course, Leadcore is hardly the only company updating its chip lineup with designs based on ARMv8 64-bit technology. In fact, pretty much every major company that makes ARM-based processors for smartphones and tablets already offers chips based on ARMv8 architecture. But it’s always promising to see the companies that make some of the most affordable chips on the market stepping up their game.