Windows 10 launches July 29th. That’s when you’ll be able to buy the operating system, upgrade for free if you’ve got a computer running Windows 7 or later, or buy a new device that comes with Windows 10 pre-installed. 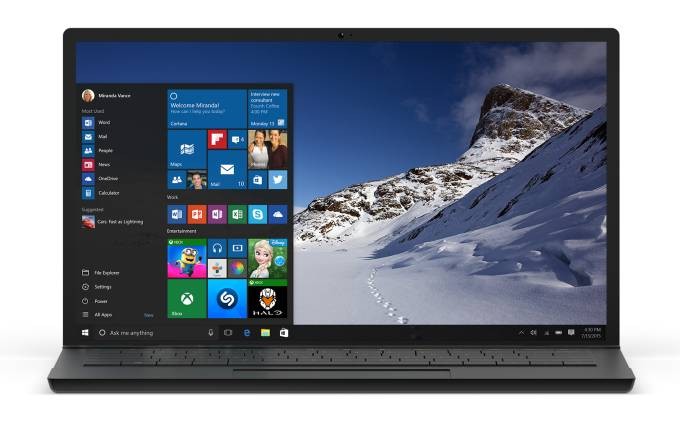 What you won’t be able to do is buy a new smartphone with Windows 10 or load the operating system on your Xbox One. Microsoft plans to launch Windows 10 for those platforms later this year.

Already have a Windows PC? Look for a little Windows icon in your taskbar. It should show up automatically, and when you tap it you’ll see information about how to reserve a free upgrade to Windows 10. 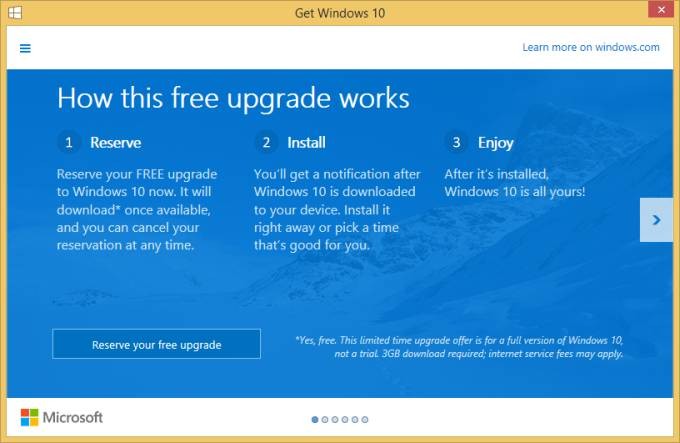 In a lot of ways, Windows 10 is the operating system that brings together all of Microsoft’s different platforms. It includes a new desktop experience which brings back a Start Menu, but which integrates Live Tiles and other features introduced in Windows 8. Windows 10 also includes integration with Cortana, the digital personal assistant you can talk to, which was first introduced in Windows Phone.

More importantly, Windows 10 supports Universal Windows Apps, which are designed to run on phones, tablets, game consoles, desktops, laptops, and other types of devices. The company is providing developers with tools to convert legacy Windows apps into universal apps, but you’ll still be able to run older Windows apps on a Windows 10 PC. The company is also encouraging Android and iOS app developers to bring their apps to the Windows Store by providing tools which make it easy to port or run existing apps.

Other highlights of Windows 10 include the new Microsoft Edge web browser and the Continuum feature which lets 2-in-1 devices seamlessly transition from tablet to notebook mode when a keyboard is attached. There are also new Photos, Music, Videos, Peopl, Mail, and Calendar apps, and support for virtual desktops (which let you create different workspaces as if you were using multiple monitors).

There’s one feature that won’t be available in Windows 10: Microsoft is dropping Windows Media Center.